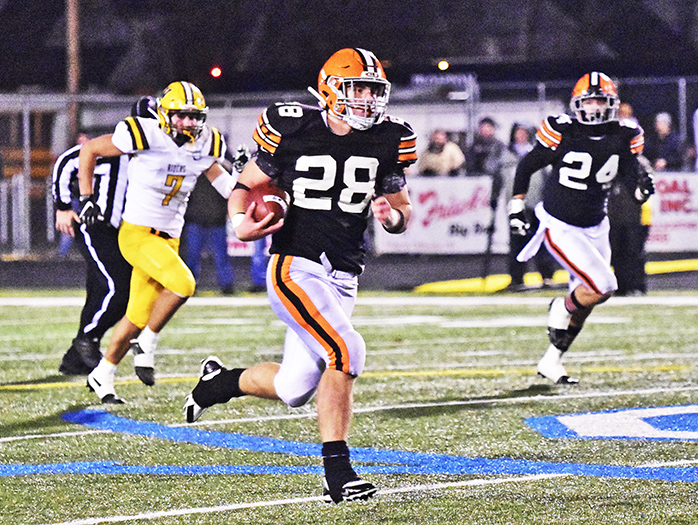 West Jefferson was the Roughriders but it was Ironton Fighting Tigers’ Reid Carrico (28) who did the galloping as he ran 18 times for 234 yards and three touchdowns in a 49-21 romp in the Division 5 state semifinals on Saturday. Ironton plays Kirtland at 8 p.m. Saturday in Canton for the state title. (Kent Sanborn of SouthernOhioSports.Photos)

Paul Boggs
For The Ironton Tribune