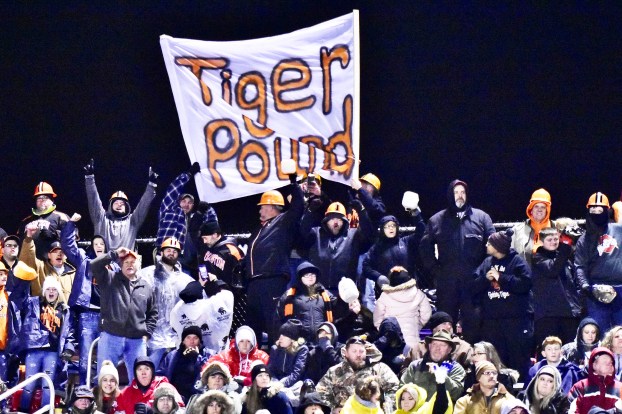 Welcome back. It’s been a while.

The Ironton Fighting Tigers routed the West Jefferson Roughriders 49-21 in the Division 5 state semifinals on Saturday to their first trip to the state finals in 20 years.

Ironton will play Kirtland at 8 p.m. Saturday at Tom Benson’s Hall of Fame Stadium in Canton for the state championship.

The game will pit two teams featuring strong defenses. Ironton has allowed just 104 points but only 63 in the regular season with three shutouts.

Kirtland has given up 93 points on the season after allowing only 34 in the regular season that included seven shutouts.

The Hornets began the playoffs with a 38-24 win over Sandy Valley and 38-7 over South Range. They won the regional by beating Akron Manchester 32-7 before the 28-14 win over previously unbeaten Oak Harbor in the state semifinals

Kirtland was the Division 6 state champions last season and the Hornets have four state titles with three runners-up and eight semifinal appearances. This is the Hornets 15th playoff appearance and they have a 42-10 record in the playoffs. They have reached the state finals eight out of the past nine seasons.

The Hornets had just three starters returning from last season and its unbeaten state title team. They did have 21 lettermen back. However, Kirtland moved up to Division 5 this season.

The Hornets’ senior Mike Alfieri (5-10, 230) is a two-way returning starter at offensive and defensive tackle and is one of the team’s strongest players. Junior running back Mason Sullivan (6-0, 195) was All-Ohio last season.

In the other state finals, the Thursday game has the Division 2 title game between top-ranked Massillon (14-0) and Cincinnati La Salle (12-2).

The Ohio High School Athletic Association offers ticket packages that include all games and Hall of Fame admission.

Single game tickets are $11 online in advance through a participating school, or $15 if not associated with a school, or $17 at the gate. Fans can purchase tickets online at www.ProFootballHOF.com/tickets

If you had trouble finding a parking spot in Ironton on Saturday, it may have been because of the large... read more