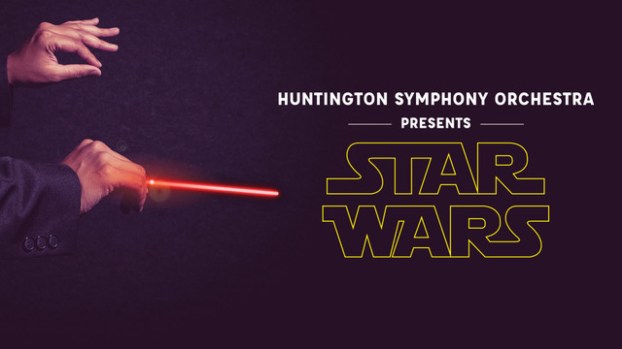 ASHLAND, Ky. — The Force will be strong with the Paramount Arts Center at 7:30 p.m. Saturday as the Huntington Symphony Orchestra prepares to perform the music of Star Wars.

The Huntington Symphony Orchestra will play its first performance in Ashland Saturday at the Paramount Arts Center during a Star Wars-themed event that includes performances by more than just the Symphony.

“We wanted to make this event a collaboration of many artistic outlets,” says show Producer Benjamin Hawkey. “We’ve partnered with local artists, costumers and dance theaters to make this a truly unique Star Wars experience.”

The Star Wars franchise kicked off in 1977 and has since expanded to more than 10 movies, multiple TV shows, video games and more: each with a soundtrack that has become as popular and iconic as the films themselves. The Huntington Symphony Orchestra will play a popular selection of scores spanning the film franchises 40-year history.

Adding to the evening entertainment will be dance performances, lightsaber duels, and an art auction. Professional costumers will also be present for photo opportunities with popular franchise characters.

Tickets are on sale now at www.paramountartscenter.com.

The Kentucky Arts Council, the state arts agency, supports the Paramount Arts Center with state tax dollars and federal funding from the National Endowment for the Arts. Support is also provided by the Paramount Woman’s Association, private donations, and by the Kentucky Department of Travel and Tourism.