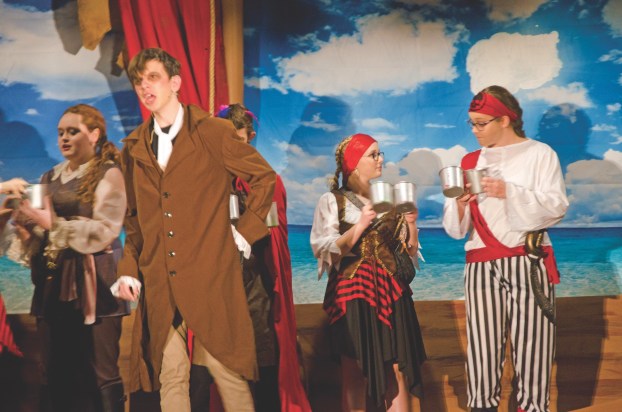 The Tri-State STEM+M school’s musical theater performed “A Pirate’s Life for Me” Tuesday at the Ashland Train Depot. (Heath Harrison | The Ironton Tribune)

ASHLAND, Ky. — The Tri-State STEM+M Early College school’s musical theater group took the audience on a trip to the Caribbean in their production of “A Pirate’s Life for Me.”

The school, which is located on Solida Road, is a designated STEM high school that allows enrollment for students from Ohio, West Virginia and Kentucky.

The show, which was the first ever musical production for the school, took place at the Ashland Train Depot on Tuesday. It also featured the school’s choir and other performers presenting songs of the season before the performance of the musical theater group.