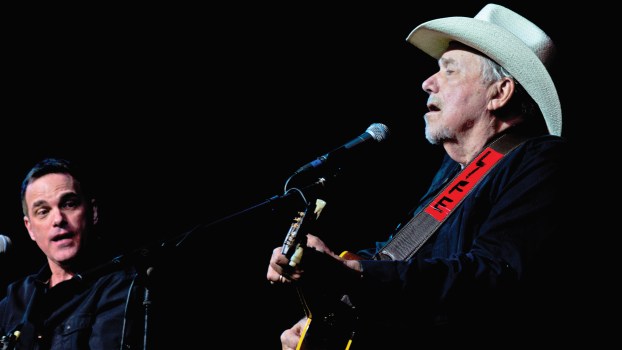 With the holidays over, the grayness of winter is setting in, and a new single from Bobby Bare captures the mood.

Bare, a Pedro native, released his new single, “Snowflake in the Wind,” on Dec. 17, the first new music from the Country Music Hall of Fame and Grand Ole Opry member since his critically-acclaimed 2017 album, “Things Change.”

The song was penned by Bare with songwriter Darrell Scott, who has worked with Steve Earle, Emmylou Harris, Tim O’Brien and others. It is available as a standalone single on Spotify, iTunes, Amazon and other online outlets.

Bare, who turns 85 in April, sounds strong on the forlorn track, which captures the mood of a post-break up during the winter season.

“Bare stays true to himself and his artistry,” Markos Papdatos said in reviewing the song for Digital Journal. “It features vivid imagery such as ‘drafting like a snowflake in the wind,’ which listeners can relate to.”

Papdatos gave the single an “A” rating.

“Overall, Bobby Bare really tugs at the heart and he proves that his music is as relevant today as ever. He deserves a round of applause for a job well done,” he said.

Bare has also stayed busy the last few years recording a podcast series, “Bobby Bare and Friends,” which features the singer sharing stories with guests, including Billy Joe Shaver, Delbert McClinton, Trace Adkins and more. The podcast link can be found on his website, www.bobbybare.com.

ROME TOWNSHIP — In February, Fairland High School’s cheerleaders will compete at the national level for the first time in... read more