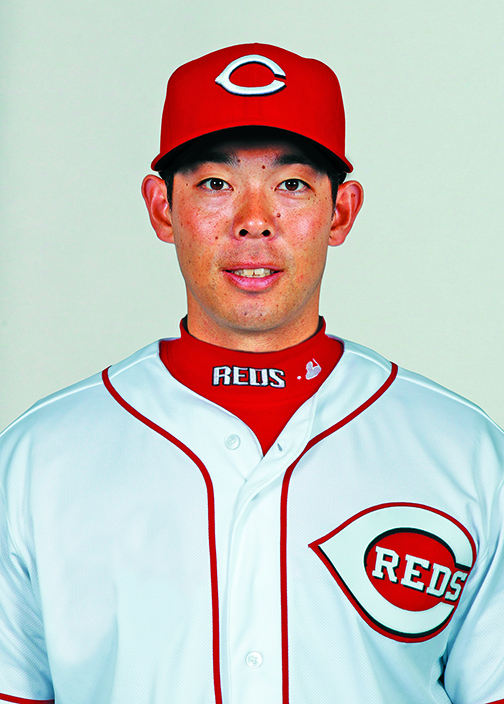 CINCINNATI — Cincinnati Reds President of Baseball Operations Dick Williams Monday announced that free agent outfielder Shogo Akiyama has agreed to terms on a 3-year, $21-million contract through the 2022 season. The contract includes salaries of $6 million in 2020, $7 million in 2021 and $8 million in 2022.
“We scouted Shogo for several years in anticipation of his free agency,” Williams said.
“We like his approach at the plate as well as his outfield defense, and we think he will complement our team very well.”
The 6-foot, 190-pound Akiyama (pronounced Show Go ah-KEY-ah-ma) will be introduced at a press conference at 10 a.m. Wednesday in The Handlebar at the Riverfront Club at Great American Ball Park.
Akiyama, 31, would be the first player born in Japan to appear in a game for the Reds. Cincinnati is the only Major League franchise never to have an appearance by a player born in that country.
In 2019, seven Japanese-born players made at least one Major League appearance. In Major League history, 67 players born in Japan have made at least one appearance.
Akiyama — who bats left and throws right — hit .301 with an on-base percentage of .376 during a 9-year career in Nippon Professional Baseball, all with the Seibu Lions of Japan’s Pacific League.
The center fielder was a 5-time Pacific League All-Star, four times received a Best Nine Award as one of the league’s three best offensive outfielders and six times won a Golden Glove Award as one of the PL’s three best defensive outfielders.
In 2015, Akiyama established a Nippon Professional Baseball single-season record for hits with 216.
Last season for Seibu, Akiyama hit .303 with a .392 on-base percentage, 31 doubles, four triples, 20 HR and 62 RBI.
He was a Pacific League All-Star for the fifth time in his 9-year career, earned his sixth Golden Glove Award for defense and his fourth Best Nine Award for offense.
In October, Akiyama filed for free agency and became eligible to sign with a Major League Baseball team.

Jim Walker jim.walker@irontontribune.com They say if you have a good horse, ride it. Reid Carrico was the horse and the... read more