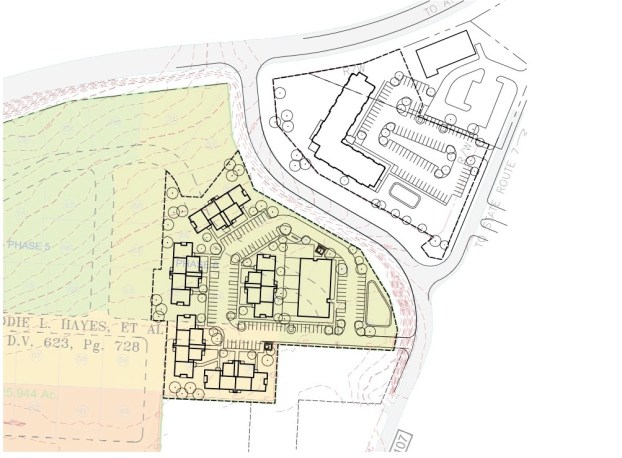 ROME — The Ironton-Lawrence County Community Action Organization is working with developers on a proposal to create new housing in eastern Lawrence County.

The project’s proposed site would be near County Road 107 near the CAO’s Family Medical Center and Fairland East Elementary School in Rome.

And plans are very preliminary currently with construction not beginning until 2021, if the CAO can get the credits and financing needed for the project.

Ralph Kline, the CAO’s assistant director, gave a presentation on the project at Tuesday’s Lawrence County Commissioners meeting, which was held at Proctor’s Landing Senior Project.

Kline said there is a demand for projects like this.

“We’ve always seen the eastern part of the county having a huge demand for good, affordable, well-run housing,” he said.

The CAO is again partnering with PIRHL Developers, of Cleveland, on the project. The CAO would manage the units that would be put in on a location on County Road 107 in Rome.

“There are a lot of plans to go through. And there is some competition for tax credits and things like that,” Kline said.

The proposed housing project is similar to Proctor’s Landing.

“The best way to see what we are proposing is pretty much looking at this building,” Kline said, noting the proposed housing plan would use the same basic building plans.

Kevin Brown, with PIRHL Developers, said the company has done many projects across the state of Ohio.

He said the project would have 50 units with one, two or three bedroom apartments in the family housing development and a separate senior housing development with 50 apartments. A CAO medical facility is near the site proposed for the senior housing and the family housing would have a daycare center in it and is located near the Fairland East Elementary School.

“So, the connection makes perfect sense,” Brown said. “So, we are really excited about the location and also the other amenities that are available in the surrounding area.”

He said the 56-unit Proctor’s Landing Housing site has done quite well and there is a waiting list of over 200 seniors to get into it.

“So, it is clear there is a demand for more new, high-quality senior housing,” Brown said.

The CAO will know more about the proposed project in May.