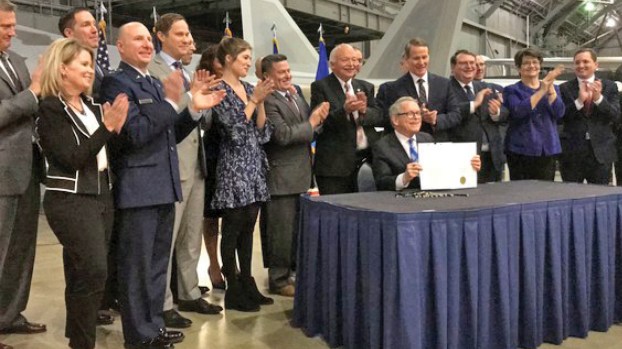 New bill will make it simpler to transfer occupational licenses

Senate Bill 7, sponsored by Senator Bob Hackett, R-London, and Senator Peggy Lehner, R-Kettering, gives military members and their spouses better employment opportunities by simplifying the process to transfer their occupational licenses to Ohio. The bill mandates state licensing agencies to issue licenses or certificates to military members and spouses who already hold a valid license to practice a trade or profession in another state.

“Military service is a high calling that brings with it many benefits, however, frequent relocations can place a burden on military families — particularly on the spouses whose jobs require a license or certificate such as teachers, nurses, dental assistants, and home health aides,” said DeWine. “Military families are vital to our state and nation, and this new law will eliminate the red tape they encounter when relocating to Ohio and resuming their careers here.”

Senate Bill 7 requires licenses to be issued in a timely manner and at no cost to military members and their spouses who hold valid credentials in another state.

Governor DeWine signed the bill while visiting Wright-Patterson Air Force Base near Dayton. The base is Ohio’s largest single-site employer in Ohio.

Specific details on the bill are available at www.legislature.ohio.gov.