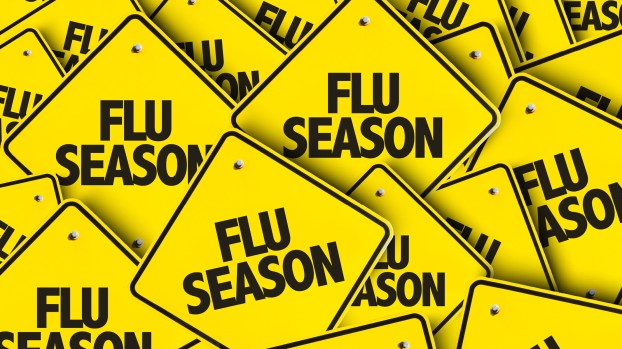 Most schools in the county were set to be closed today, marking several days without classes.

The Lawrence County Science Fair was set to take place on Thursday at Ironton Middle School, with a record number of participants.

But the decision was made late Wednesday to cancel the event, Julie Walters, student services coordinator of the Lawrence County ESC who organizes the event, said.

“We hated to do it,” she said, noting that some students had even set up early the night before for the event, which would have had 233 projects from 207 students, who had received a superior rating at their school fairs.

Walters said those who had this superior rating would still be eligible to go on to the district fair without having taken part at the county event.

She said, due to closing deadlines for the district event, as well as the possibility of more school closings, they decided not to reschedule the county fair.

Walters said District 14 Science Day will take place at the Lyne Center at the University of Rio Grande on March. 28. The deadline to apply for that event is Feb. 28 and forms can be found at https://scienceday.rio.edu/.

Walters said Scioto County’s schools were in a similar situation, with their ESC also canceling the county fair due to the flu.

For students who had set up early at Ironton Middle School, Walters said the school would be open from 9 a.m.-3 p.m. today for them to pick up projects.

Most schools in the county were set to be closed today, marking several days without classes.

Bill Christian, assistant principal of South Point Elementary, said his school had been closed since Tuesday and would not be open today.

He said on the last day before the closing, they had about 40 absences, though not necessarily all from the flu.

“We’ve been asking them if they have the flu as they call out,” he said.

Christian said in the meantime, it’s been “all hands on deck” to sanitize the school and get it ready for students’ return.

“We have a day and a night crew,” he said of the cleaning staff. “And we had them both come in.”

He said they had cleaned building wide, including doors, doorknobs and surfaces.

“Anywhere kids might touch,” he said. “And the bus drivers have sanitized their buses, too. We’re ready for them to come back.”

Chesapeake and South Point’s village councils met this week in their regular sessions. In Chesapeake, the council approved a new... read more