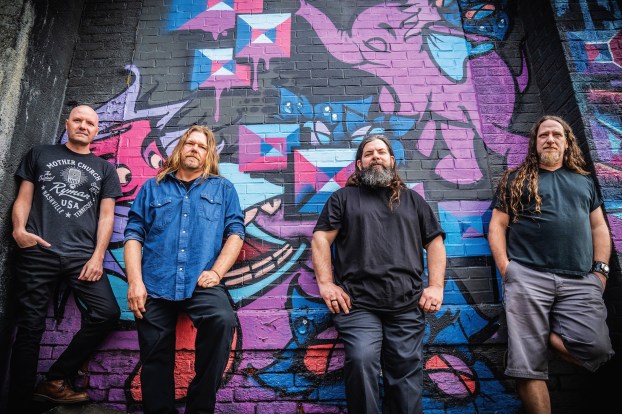 Ironton band Day of the Sun will host an album release party on Saturday at the Ro-Na Theater in Ironton. (Submitted photo)

An Ironton band will host a CD release event on Saturday at the Ro-Na Theater. It will also feature three other bands.

Day of the Sun consists of Tommy Woods on lead vocals, Bill Patrick on guitar, Byron Basham on bass and Terry Rowe on drums, and they are putting out their first album, which is self titled.

“We’ve been together about three years,” Woods said of the band, whose music he describes as hard rock. “We’ve played the Ironton area, Columbus and Cincinnati.”

He said copies of the album will be available at the merchandise table at the show and can also be purchased on the band’s website, dayofthesunrocks.com, where shirts, mugs and other items are available.

Woods said all of the band come from a similar hard rock genre.

2 men arrested for stealing from garage

Two men were arrested early Tuesday morning after an Ironton Police patrolman spotted them walking down an alley hauling a... read more