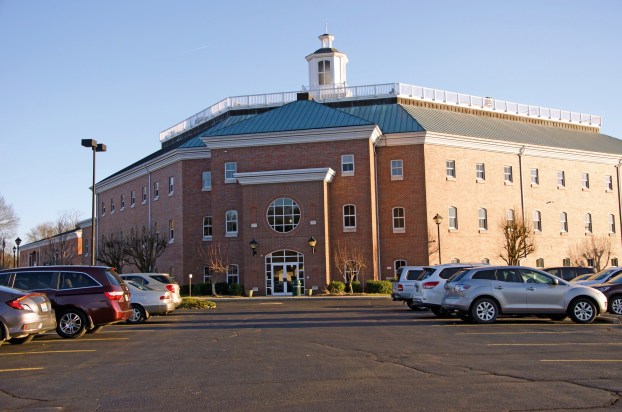 From humble beginnings: Starting as night classes in the high school, Ohio University Southern has evolved into a force in education for the region

Ohio University Southern may be young, as far as institutions of higher learning go, but in its six decades of existence, it has made a significant impact in the lives of people all over the Tri-State and beyond.

The school has its roots in the 1940s, when Ohio University began looking into branch campuses, offering courses in Portsmouth.

In 1956, the southern branch began when classes were offered in the evenings at Ironton High School.

“A lot of military people had returned from World War II and went to night schools for classes,” said Dr. Bill Dingus, who served as executive director and first dean of Ohio University Southern from 1975-2000.

This was the case for some time, with classes offered in elementary education majors to a small number of students.

Dingus was one of those majors, attending in the 1960s.

In 1975, he was asked to take on the executive director position, a job that was touted as possibly short-lived.

“It was after Wellman Bowman retired,” Dingus said, noting at the time that there were 245 students and a budget of $245,000.

The school was plagued with notices in the paper and rumors that they would soon be shutting down.

“Every year, they were saying it was going to close,” Dingus said. “And it would be taken over by Shawnee State University.”

He said he was told he may have three years in the position and described his attitude in discussion for the job.

“My attitude, going in, was that I would at least be getting good experience,” Dingus said.

But things began to change, and Dingus said he was blessed with people who worked hard to improve the school and put it on a path to growth.

“Ruth Bowman was still there for several years, and she was great,” Dingus said. “And Scott Howard, who was fresh out of college. He was a real jewel and helped make us.”

He said the school quickly began to expand.

“The demand was here,” he said. “We were able to get the word out and had rapid growth. Within a few years, it was fully evident and we were on our way to being a permanent fixture in Ironton.”

In the 1980s, the school got a permanent home, with the first building, the Collins Center, opening in 1985.

“It just kept growing,” Dingus said of the school’s progress. “We were the fastest-growing educational institution in Ohio.”

The Collins Center was followed by the Academic Center, dedicated in 1990, then the Riffe Center in 1995 and, finally, the Technology Center, which bears Dingus’ name, in 2002, two years after his retirement.

Dingus said, in addition to the school’s growth, one of its biggest feats has been its growth in degree programs, going beyond its early focus on elementary education.

He said the school has also worked with local businesses and the community to provide what is required by the region.

“If you had a need, the school would respond to fill that need,” he said.

One of OUS’ success stories, who has seen the campus from both sides, is Miki Crawford, who began on her first degree at the school in 1980, when it was still based out of Ironton High School.

Graduating in 1988 in elementary education, she would eventually return to the school to teach from 1993-2018 and serve in administration.

She said she came to school as a kind of non-traditional student, having had her “future mapped out by her father,” and taking business classes in high school.

However, when her husband was involved in a wreck, she began thinking of another path.

“If something happened, we couldn’t support ourselves,” she said.

She said she was nervous about going into college without preparation, but those fears were soon eased.

After attending Marshall University, she came back to OUS, first working part time in the library, then she said Dingus moved her into teaching and then administration.

There are several things she said she is proud of during her tenure.

One is the school creating two degree programs — the BTAS (Bachelor’s in Technical and Applied Studies) and BSAM (Bachelor of Science in Applied Management). She credits faculty members Ella McCown-Jones and Kim Riley with this achievement.

“Before, they came out of Athens, but we didn’t own them,” she said.

Crawford said she was proud of those who have gone through OUS, such as Brad Bear, with whom she worked to get a grant to create a 2002 documentary on Japanese war brides.

“It premiered in Seattle and some of the war brides were there,” she said.

Crawford said one special feature of the campus are the bricks which line a walkway, bearing the names of faculty and graduates.

She said they are a way for people “to leave a reminder that OUS changed their lives or as a memorial to someone who made a difference through the Southern Campus.”

“I think about those original people such as the Bowmans, Bill Dingus, Pam Porter, Marty Woodard, and my instructors: Donna Dingus, Bob Leith, Gary Tillis, Connie Mays who helped launched my career,” she said. “Having their names along the walkway for spring graduation is so appropriate.”

She said these have a special meaning for people when they receive their degree.

“During graduation, they walk with bricks on both sides,” she said. “They’re standing on the shoulders of those who have gone before.”

Crawford said she sees the impacts of the school every day.

“When I meet nurses, I ask where they got their degree,” she said. “When they find out I’m from the southern campus, they always have something nice to say.”

She said she thinks of all the people “whose lives have drastically changed” for the better because of OUS.

“It started out with educational degrees,” she said. “And the area is just full of teachers who earned their degree here, as well as principals and superintendents. Our little campus has made a difference.”