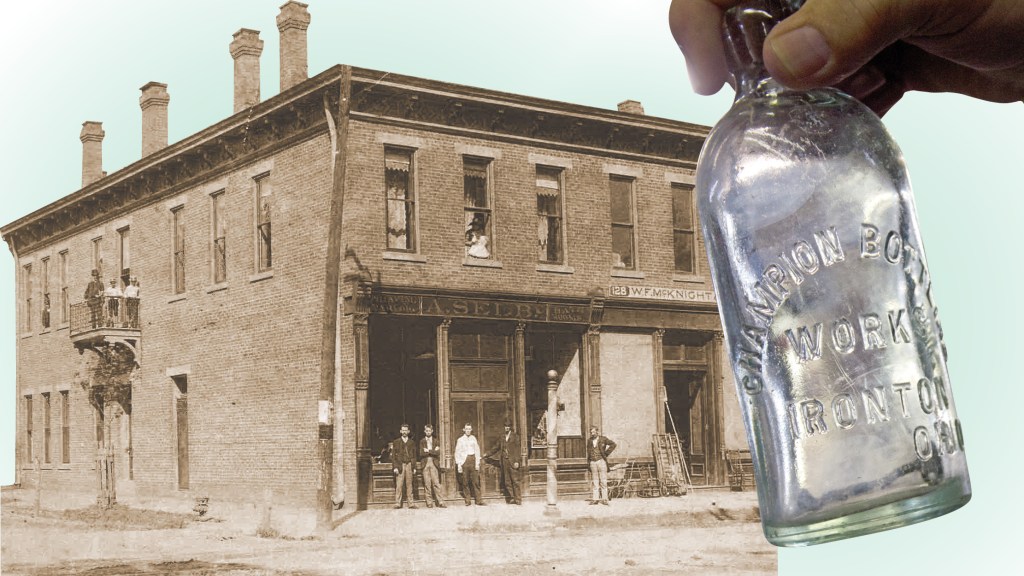 One of the longest-residing families in Lawrence County is the Selb family, who have been in the area for about a century and a half and have a long history of operating businesses in the area.

Joseph Selb, who lived from 1802-1878, was born in Loffingen Baden, Germany and came to America in approximately 1850.

Anthony Selb was Carl Selb’s father and the grandfather of Tim Selb, who submitted this family history to The Ironton Tribune.

Anthony was the owner of a barber shop, piece goods store and Champion Bottling Co.

“We have several different types in our collection.”

He said he recently found many bottles at the construction site for the new Marriott hotel in Ironton.

Carl A. Selb was a well-known gunsmith in Ironton. He also did repairs. He also was a fine woodmaker and numerous antique pieces remain in the Selb family. He worked for the City of Ironton and was the custodian of the jail and city hall. He was a collector of Indian artifacts and old guns.

It was a minority-owned business by Suellen Selb.

“There is an actual ‘Selb’ Germany located in the Blackforest North East of Nurienburg, Germany,” Tim Selb said. “There’s also a fine ‘Selb’ china made in Germany and Austria and Bavaria. We currently collect and have numerous vintage pieces.”

Tim Selb said he takes after his grandfather Carl.