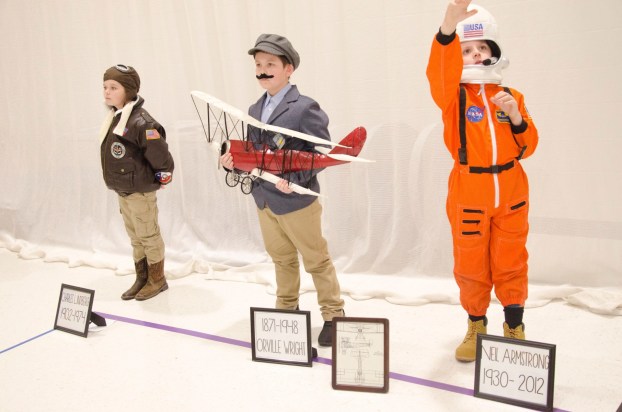 They were but two of the 51 historical figures on display for the second grade’s Living Wax Museum.

For the past four years, teachers Mary Matney, Amanda Clay and Courtney Tibbets have been organizing the event, which was toured by all grades at the school in the morning.

Students choose their own characters and do research on them, then strike a pose in costume for the presentation.

Some included props, such as Amelia Earhart in her plane, or Dr. Seuss with several of his books.

“We had some new characters this year,” Matney said. “Like Pope Francis.”

While some of those featured were repeat favorites, the teachers said many of them were the best versions they had seen yet.

In addition to the school day presentation, the students put on the exhibit in the evening for parents, where they also did an oral report on their characters.

SOUTH POINT — On Thursday, students at South Point Elementary School were rewarded for their efforts toward a good cause.... read more