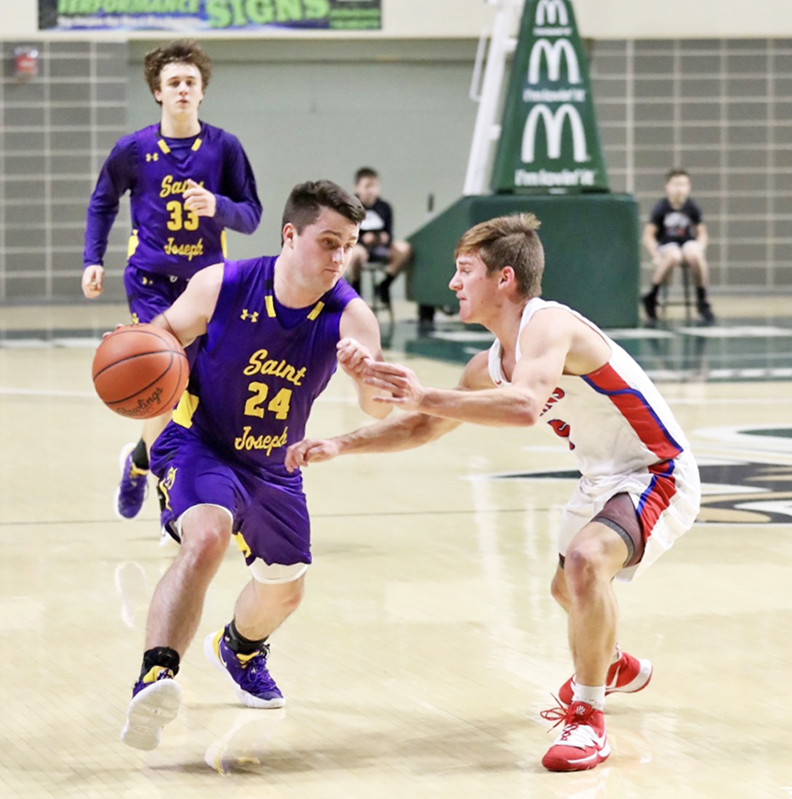 St. Joseph Flyers’ Ryan Payne (24) works against Peebles’ Hunter White as he gets set to make a break toward the basket during Saturday’s Division 4 district title game. The Flyers fell to the Indians, 57-47. (Photo By Tim Gearhart)