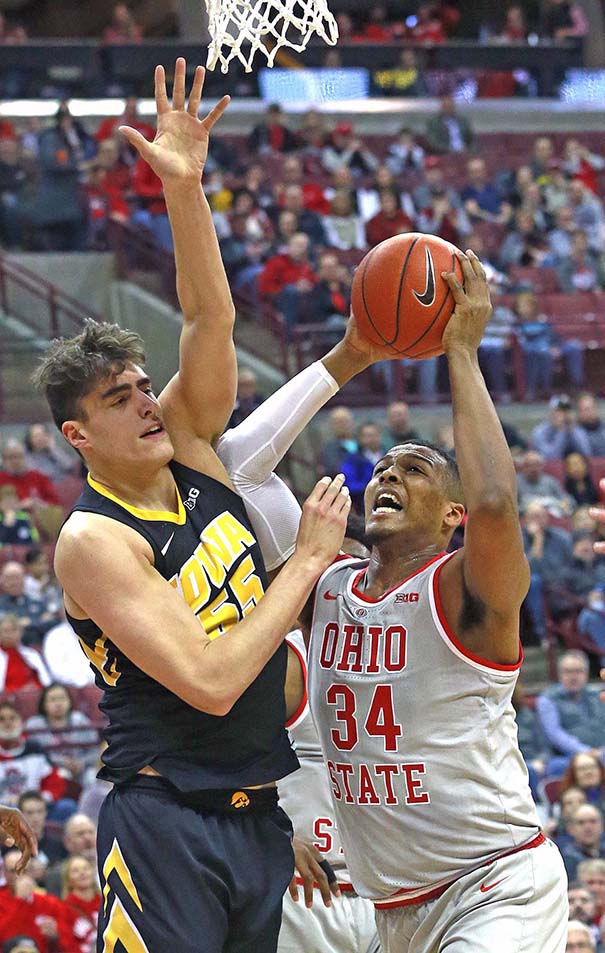 COLUMBUS, Ohio (AP) — Ohio State star Kaleb Wesson plans to enter the NBA draft.
Wesson announced in a tweet Wednesday night that he would forego his final year of eligibility and declare for the draft. Analysts have projected him as a second-round pick.
Wesson can sign with an agent for exploratory purposes and still protect his final year of eligibility. He has until June 3 to make a decision.
Wesson, a native of the Columbus suburbs playing alongside older brother Andre, was a force for the Buckeyes and their most valuable player in a tumultuous season.
Ohio State weathered a rough patch that saw it lose six of seven games to start 2020 and play through the suspensions of two key players and the sudden departure of budding star guard D.J. Carton, who said he left because of mental health issues and was transferring.
Kaleb Wesson averaged 14 points and 9.3 rebounds in leading Ohio State to a 21-10 record and 11-9 in the Big Ten Conference. The Buckeyes won nine of their last 12 to end the regular season and never got to play beyond that because of the spread of the new coronavirus.
The 6-foot-9 forward transformed his body between his sophomore and junior seasons, dropping from 289 pounds to 255 and adding muscle. The change was evident in his quickness and endurance.
He also developed into an effective outside shooter, averaging 42.5 percent from beyond the 3-point arc.
Among those Wesson thanked in the tweet were his Ohio State teammates.
“What we accomplished together, two NCAA Tournaments and for sure another had we been able to play the season out to the end,” he wrote. “There were so many great moments, huge wins and experiences we had together that I will never forget.”
Ohio State’s offense has been built around Wesson the past two seasons. Without him, the Buckeyes will have to look to Kyle Young and E.J. Liddell as key big men.