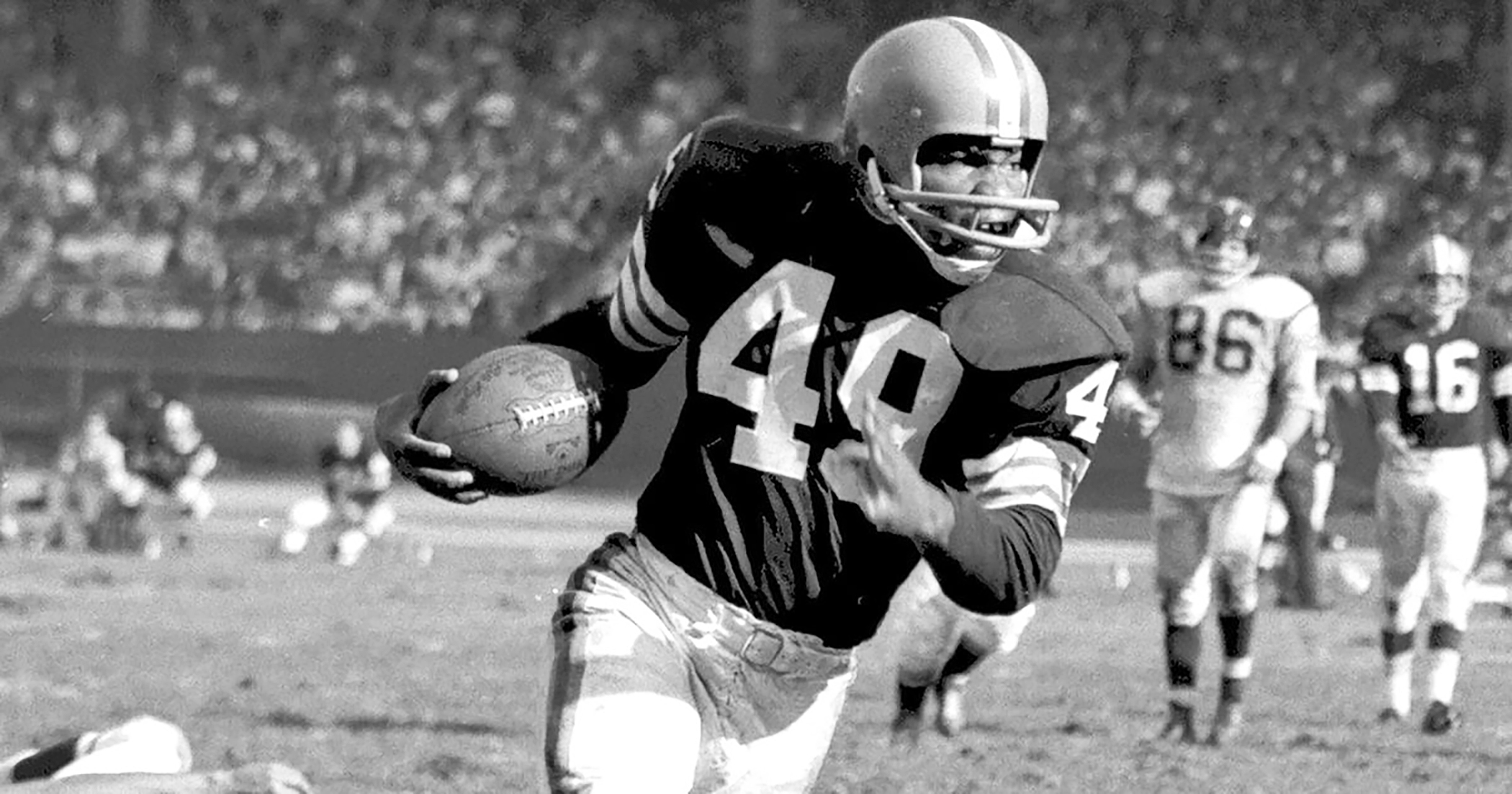 Bobby Mitchell, the speedy late 1950s and ’60s NFL offensive star for the Cleveland Browns and Washington Redskins, has died. He was 84.
The Pro Football Hall of Fame said Sunday night that Mitchell’s family said he died in the afternoon. The Hall of Fame didn’t provide other details.
“The entire Pro Football Hall of Fame family mourns the passing of Bobby Mitchell,” Hall of Fame President & CEO David Baker said in a statement. “The Game lost a true legend today. Bobby was an incredible player, a talented executive and a real gentleman to everyone with whom he worked or competed against. His wife Gwen and their entire family remain in our thoughts and prayers. The Hall of Fame will forever keep his legacy alive to serve as inspiration to future generations.”
After starring in football and track at Illinois, Mitchell spent 11 seasons in the NFL. He played halfback for the Browns from 1958-61 and was a flanker for Washington from 1962-68. Mitchell was a three-time All-NFL selection and played in four Pro Bowls.
He was enshrined into the Hall of Fame in 1983. The Hall of Fame flag on the museum’s campus will be flown at half-staff in Mitchell’s memory.
Mitchell grew up in Hot Springs, Arkansas, also earning starring in baseball in high school.

Open off; Masters moves to November

The Associated Press The British Open will not be played this year for the first time since 1945, golf officials... read more