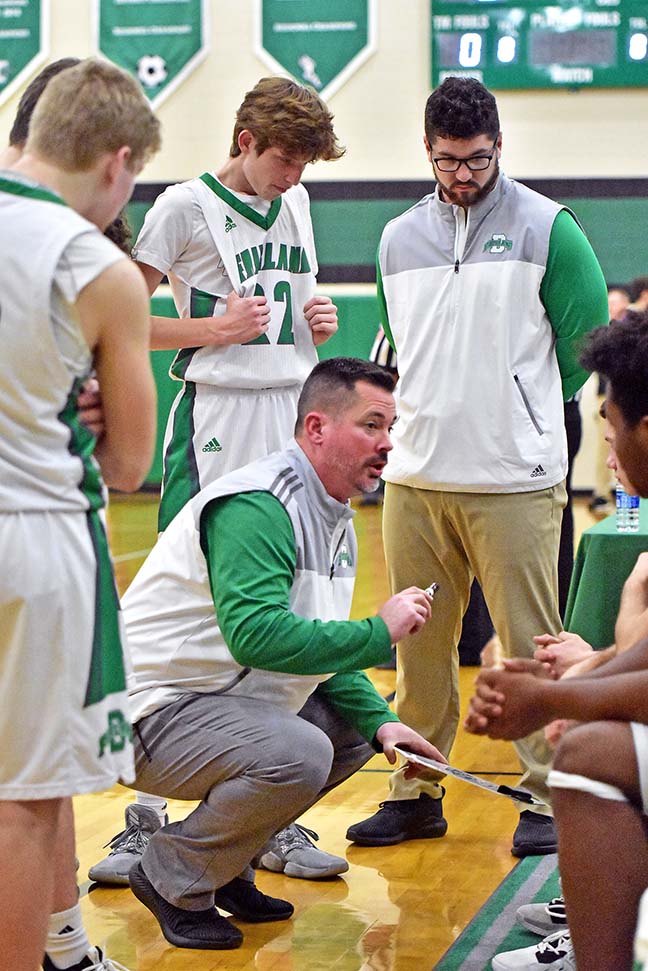 Fairland Dragons’ boys head basketball coach Nathan Speed talks to his team during a timeout. The Dragons were in the Division 3 regional finals when the tournament was canceled due to the Coronavirus. (Kent Sanborn/Southern Ohio Sports Photos)