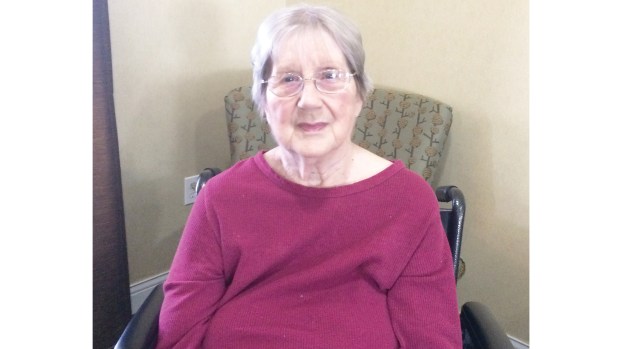 Betty Keeling, originally of Huntington, is a resident at the Wyngate at RiversEdge in Rome Township. (Submitted photo)

Former secretary said change to assisted living has been great

ROME TOWNSHIP — Betty Keeling says she has enjoyed her stay at the Wyngate at RiversEdge since arriving there six months ago.

“I like doing the exercise, playing bingo and I read a lot,” she says of her time at the senior living community, located on County Road 107 in Rome Township.

She said she looked around for a place to find what she wanted in what she describes as her “final home.”

“I was looking for an assisted living place, starting about three years ago,” she said. “I was resisting assisted living, because I’m very independent. But then I found the place I wanted.”

Keeling is from Huntington and also lived for a while in Lexington, Kentucky.

She worked as a secretary for a judge in Huntington and was a member of Eastern Star and part of the congregation at First United Church in Huntington, where she volunteered with the food pantry and clothing closet.

She said she has one son and one daughter, who live in the area, as well as a grandson.

She said moving into the Wyngate was an adjustment for her.

“But I’ve made lots of friends and the staff have great personalities,” she said. “They’re very nice to an elderly person.”

She summed up her experience so far.

GENERATIONS: No slow down in retirement — Terkhorn is a substitute teacher, food pantry volunteer and more

For someone who is retired, Lois Terkhorn is very busy. She is a substitute teacher, she runs Nancy’s Nook thrift... read more