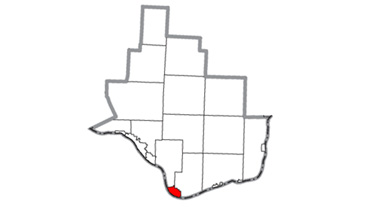 The village has been seeking to replace its aging water system for some time, which dates back several decades.

Kevin Wood, the village engineer, said the proposals are for the area where new sidewalks are set to be installed as part of a grant received last year, as well as the area between the river and Fourth Street.

Wood said there will likely be infrastructure available from the federal government as part of the stimulus surrounding the coronavirus pandemic and urged the council to begin plans so that they will be ready to move.

He said the village could also be approved for a zero percent loan from the Ohio Department of Environmental Protection.

“This is the beginning of miles of water line replacement,” Gaskin said.

He said the eventual project will likely lead to a rate increase, which he said he would take the blame for as mayor, but said if $1 million was borrowed for the eventual, it would amount to $2 a month per customer.

“We need to be first in line to get federal dollars,” he said of the move forward.

The council hosted its April meeting on Tuesday via telephone conference. The meeting had originally been scheduled for April 7, but was postponed two weeks due to the stay at home order surrounding the pandemic.

With restrictions still in place, that meeting was changed to the telephone session, which included the mayor, council members and a few village officials.

In order to keep the session public, the media was invited to take part, as well as four members of the public. This was not required by law, but was done in the spirit of openness. The session was also recorded.

A member of the public asked the council about the preparedness of police, fire departments and village workers during the pandemic.

Gaskin said they had picked up 30 liters of hand sanitizer, with 12 liters per case. A case was being sent to the police department, the fire department and village workers.

“We also have masks and gloves for them and we should be in good shape,” he said.

Gaskin said they had based the policy on talks with council member Chris Smith, who works as a trooper for the Ohio Highway Patrol.

Village administrator Russ McDonald said temperatures are being taken for workers at the sewer plant and social distancing and spacing out is in place at the facility.

By Bob Leith For The Ironton Tribune Those people we call Native Americans came to the Americas between 20,000 to... read more