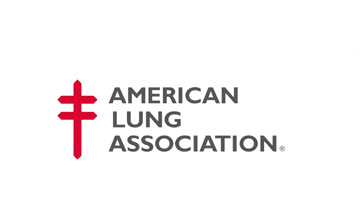 CHARLESTON, WEST VIRGINIA — The American Lung Association’s 2020 “State of the Air” report found that the three-state, 16-county Charleston-Huntington-Ashland, WV-OH-KY metro area improved to its best ever year-round level of fine particle pollution for the 11th consecutive year, and for a seventh year met the national air quality standard.

The worst grades in the metro area for the daily measures of particle pollution and ozone smog remain good (a “B” and a “C,” respectively) but show room for improvement. Ozone and particle pollution are the nation’s most widespread air pollutants, and both can be deadly.

The Lung Association’s annual air quality “report card” tracks Americans’ exposure to unhealthful levels of particle pollution and ozone during a three-year period. Once again, the report found that nearly half of all Americans were exposed to unhealthy air in 2016-2018. In the metro area’s 16 counties, ozone air pollution often placed the health of some 780,000 residents at risk, including those who are more vulnerable to the effects of air pollution such as older adults, children and those with a lung disease.

Compared to the 2019 “State of the Air” report, the Charleston metro area experienced fewer unhealthy days of high ozone county than in last year’s report, matching its best ever performance, with Lawrence County, Ohio posting a weighted average of 1.7 days a year, improving from an average of 2.0 days in last year’s report, but keeping its “C” grade. Within West Virginia, Cabell and Kanawha Counties also earned “C” grades, but did so with slightly cleaner air. The area’s ranking improved to 93rd most polluted in the country from 83rd worst in last year’s report.

“Ozone pollution can harm even healthy people, but is particularly dangerous for children, older adults and people with lung diseases such as COPD or asthma,” said Stewart. “Breathing ozone-polluted air can trigger asthma attacks in both adults and children with asthma, which can land them in the doctor’s office or the emergency room. Ozone can even shorten people’s lives.”

This report documents that warmer temperatures brought by climate change are making ozone more likely to form and harder to clean up. Significantly more people suffered unhealthy ozone pollution in the 2020 report than in the last three “State of the Air” reports.

Of note, only Carter County, Kentucky in the metro area earned an “A” grade for ozone pollution, posting zero days with average concentrations in the unhealthy ranges, according to the air quality standard. That placed this county on the list of cleanest counties in the nation for this measure.

“State of the Air” 2020 found that measures of fine particle pollution in the 16-county metro area continued to be good. For the year-round measure of this pollutant, all five counties with data posted a better long-term average than in the previous year’s report for the 8th year running. All values in the current report met the air quality standard.  The metro area’s ranking for this measure tied for 116th worst in the country out of 204 metro areas with data.

For the measure of daily spikes of fine particle pollution, for the third consecutive year, the worst counties in the metro area (Carter, KY and Lawrence and Scioto, OH) all earned “B” grades, posting only one day in each with average concentrations in the unhealthy ranges, according to the air quality standard.

Also, for at least six consecutive years, three other counties (Boyd, Kentucky and Cabell and Kanawha, West Virginia) all earned “A” grades, posting zero days high in fine particle pollution. That placed these counties on the list of cleanest counties in the country for this measure.

— The full report, as well as updated trend charts and rankings for metropolitan areas and county grades is available at www.Lung.org/SOTA.

Russell to get new bridge

Construction starts on May 4 to replace 82-year-old viaduct bridge RUSSELL, Ky. – Those traveling to downtown Russell, Kentucky will... read more