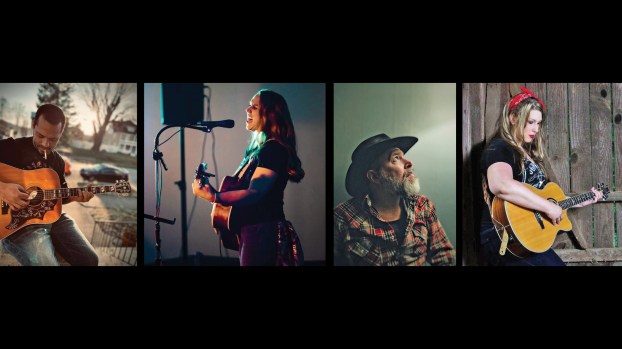 CHARLESTON, W.Va. — An online music festival is set to feature 13 hours of music from artists across Appalachia on Saturday, April 25.

The Appalachian Folk Online Music Festival will kick off at 11 a.m. and will feature 14 artists, including some from Lawrence County.

The event is organized by Walter DeBarr and Pam Kesling, of West Virginia, who said they created it after live venues were closed due to the COVID-19 pandemic.

“We talking about it and got an idea,” DeBarr said. “None of these artists are getting to play. Let’s put something together.”

They said the event will be viewable on the Appalachian Folk Online Music Festival Facebook page, as well as on other sites that host the video link.

Among those from Lawrence County who are set to perform are J.D. Thomas and Emily Jamison.

The primary theme of the festival is bluegrass, but they said it will also include rock and southern rock.

“We wanted to expand it and push boundaries,” Kesling said, of the lineup, which includes those from West Virginia, Kentucky and South Carolina.

They said they hope to repeat the experience on a monthly basis and plan to open it up to fundraising for nonprofit causes.

Kesling and Debarr said the event is made possible with cooperation from Red Barn Radio and The Still magazine.

Artists will play sets of 45 minutes, with 15 minute breaks in between.

For more information, a schedule and to view the event, visit https://www.facebook.com/Appalachian-Folk-Online-Music-Festival -112786677044067/.

State Route 243 will close for five days starting at 8 a.m. on Monday, May 4 for a culvert replacement.... read more