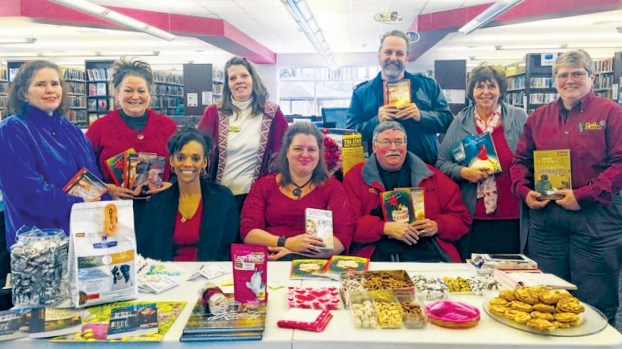 Members of the KYOWA Writers group at the 2019 Dogwood Writing Conference. The event is usually held in April, but because of the coronavirus pandemic, it has been rescheduled for September in Russell, Kentucky, and is now being called Dogwood Deferred. (Submitted photo)

Writing conference back on

Dogwood Deferred will be held in September

FLATWOODS, Ky. — For the past two decades, the Dogwood Writing Conference has been held on the last Saturday of April, but when the coronavirus pandemic hit, it was decided to hold the event later in the year.

So, the event will now be called Dogwood Deferred and is set for Sept. 19. It will follow the same format of guest speakers, the popular critique panel and networking. It is hosted by the KYOWA Writers.

The conference will be at the Best Western in Russell, said co-chair Cathie Shaffer.

“We’ve had to change locations once or twice, but Dogwood has always been a spring event,” she said. “Some attendees have been coming for a decade or more and were dismayed to hear it had to be canceled this year.”

“So, we decided to move it to fall this year. Hopefully, the COVID-19 crisis will be over and we will be able to have the same quality conference people have come to expect.”

The conference is low-key and limited to no more than 50 attendees, she said. The event was founded as a way for writers and those interested in writing to have a local experience.

“One thing we discovered when we began the KYOWA Writers was that in order to participate in a writers’ conference, we had to go to some bigger city,” Shaffer said. “Mistie Spicer, a fellow founder of KYOWA, and I decided on the way back from one of those that we needed to have something of the same caliber in the Tri-State.”

Over the years, the conference has brought in agents, editors and best-selling authors to speak and mingle with the attendees.

More information is available on the Dogwood Writing Conference page on Facebook or by e-mailing mizcathie@yahoo.com.

Lawrence County agencies continue to deal with the new normal

The Lawrence County Commissioners met on Tuesday via a Zoom meeting and got updates on situations around the county. Lawrence... read more