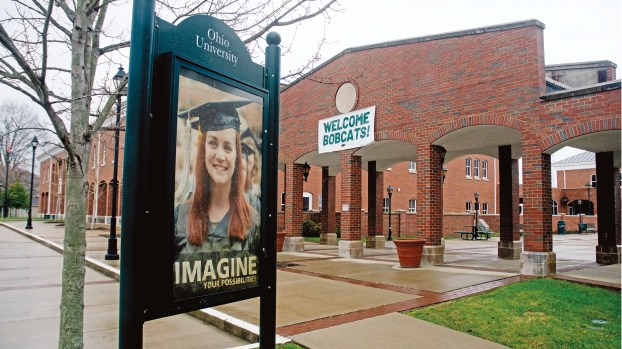 None at Ironton campus, school plans more reductions to deal with financial fallout from pandemic

As a cost cutting move due to financial fallout from the coronavirus pandemic, Ohio University cut more than 100 positions, including 140 union employees and at least three professors from the College of Arts and Sciences on Friday.

None of the positions cut were at the Ironton or Proctorville campuses. Two of the union positions were at the Chillicothe campus.

“In response, our academic deans have begun revising plans for reductions in their colleges, but no faculty reductions have been finalized at this point,” Carly Leatherwood, an OU spokesperson. said. “Further, no academic programs have been or will be eliminated at this time. Any program elimination will go through the appropriate shared governance process as documented in our faculty handbook.

As a result of the cuts, the Ohio University Faculty Senate met and voted 44–11 for a non-binding resolution of no-confidence in OU president M. Duane Nellis and OU VP for Finance Deborah Shaffer. A petition of no-confidence garnered over 500 signatures from OU faculty members.

In an April 28 email to employees, Nellis said the pandemic has tested the college in ways that no one could have anticipated, affecting everything including the way the school operates and its financial position.

“We expect the impact on university revenues to grow significantly in the coming weeks and months,” he wrote.

Nellis wrote that among the steps they must take include streamlining administrative functions to reduce costs, minimize layers of management, rethink the organization of colleges and departments, streamline and re-focus academic support functions and reduce use of spaces while remaining focused on student and academic success while reducing costs.

Once the pandemic hit and the state ordered reductions in mass gatherings, OU moved to remote and virtual instruction and closed down the main campus in Athens and regional campuses including the one in Ironton and the educational center in Proctorville.

That decision was a hit on the university’s finances since they refunded some student costs and there were losses in other areas, too.

“As you know, we refunded prorated housing, dining and parking fees to students who were unable to return to our Athens campus after spring break, which represents slightly more than $18 million in lost revenue for the current year,” Nellis wrote. “We have also experienced losses in study abroad programming fees, revenue from summer camps, and, in athletics, we have experienced a reduction in NCAA revenue distribution as a result of the cancelation of winter and spring NCAA championships.”

All Ohio universities are being asked by the state to identify budget cuts, up to 20 percent for the rest of 2020 and into 2021, which could save $43 million in the next two years.

Nellis said that it is too early to quantify potential losses since there may be less students attending college next year for economic reasons.

“As we face these realities, federal funding to Ohio University through the CARES Act will provide some funding to offset our losses. However, it will fall far short of filling a growing gap,” Nellis wrote. “Ohio University will receive approximately $9.7 million that we will be able to apply to help with the institutional impacts we have detailed, as well as $9.7 million in emergency grant support that will be distributed directly to students in need across all of our campuses with COVID related impacts.”

Because of the budget shortfalls, OU has implemented a hiring freeze and critical positions will be filled by restructuring existing positions, suspended employee recognition awards, is reviewing all in-progress capital improvement projects and suspended new capital projects and is limiting operational spending to essential purchases or services.

Nellis and provost Elizabeth Sayrs have also reduced their base salaries by 15 percent, the equivalent to 39 days of work.

“These are important first steps that will provide limited short-term savings. But, speaking with candor and in fairness to our university community, they will fall far short of filling the anticipated gap,” Nellis wrote. “Unavoidably, this global crisis will force permanent changes in communities worldwide, including here at Ohio University. It will touch every area of the university, and it will have a difficult and direct impact on us all.”