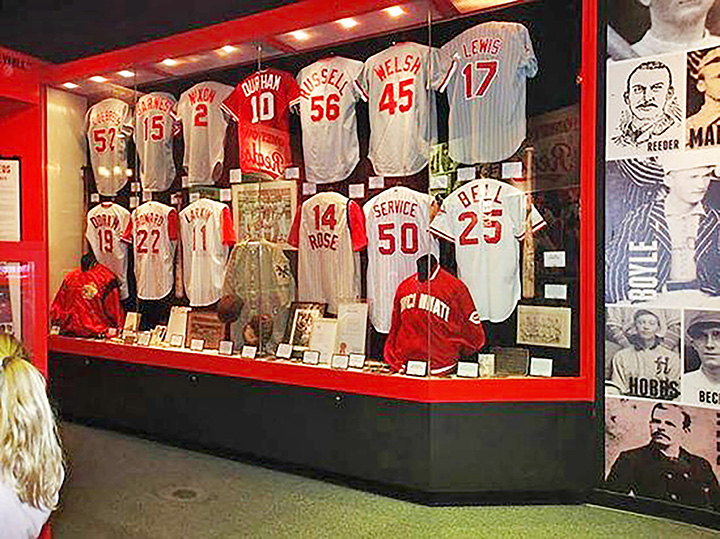 Fans can see the jerseys of former Reds’ greats. (Courtesy of The Cincinnati Reds.com)