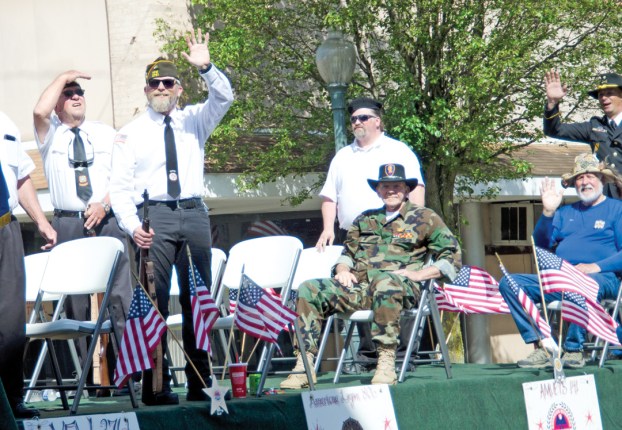 On Monday night, Ironton got a mention on the national news for keeping a tradition alive.

With limits on public gatherings issued by the state of Ohio due to the coronavirus pandemic, organizers of the Ironton-Lawrence County Memorial Day Parade were left with some tough decisions.

The parade, which normally features hundreds of participants and draws tens of thousands to Lawrence County, could not go on as usual.

The parade committee could have easily opted not to have the event, breaking 152 years of history and the event’s claim as the longest-running continuous parade of its kind in the nation.

In fact, in the Borough Doylestown, Pennsylvania, where their first parade was also in 1868, organizers decided to cancel their event this year.

But the annual tradition of honoring to those who served means too much Ironton and Lawrence County for 2020 to have an asterisk beside it in the parade’s long history.

So organizers opted for the approach of a closed event, with spectators asked to stay home and watch online.

As expected, there was some complaining on social media, with people wondering what the point of an event without a crowd would be.

But the scaled down parade on Monday, with its intense focus on veterans and those who made the ultimate sacrifice, reminded everyone of what the event is all about.

We commend the parade committee for working to make sure that an observance took place this year. With constantly-changing guidelines and uncertainty for weeks, there were a lot of changes and cuts that had to be made quickly.

While the initial announcement brought a wave of frustration from some in the public, we think, in the end, most know the correct choice was made.

We streamed the event on The Ironton Tribune’s Facebook page on Monday and the comments on the video, which had more than 12,000 views, were overwhelmingly positive, with many expressing gratitude the event took place, as well thanking all veterans.

We also heard from many who had moved outside the area, who were overjoyed to see a tradition that grew up with back home was going strong, even under the difficult circumstances of the COVID-19 pandemic.

What could have been dispiriting day instead became a demonstration of the enduring commitment to those who served.

We thank all who were involved, from parade organizers to police and fire departments who maintained the setup and, especially all the veterans groups who participated.

The patriotism of this community runs strong and we know, when the time comes for crowds to return downtown, they will be there in full force.

‘An American Soldier known but to God’: Casualty of World I was first honored at Arlington tomb

Bosnia and Herzegovina had been formerly Turkish provinces. Austria-Hungary had politically administered both since 1878. In 1908, Austria-Hungary annexed both.... read more