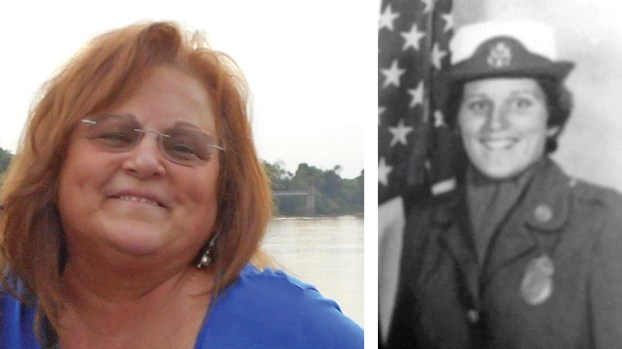 Sally Markel-Inglis is a native of Pedro and currently lives in Florida.

This year, she was named as the honorary grand marshal of the Ironton-Lawrence County Memorial Day Parade.

She graduated from Rock Hill High School in 1979 and is the daughter of GYSGT Harry and Jeanie Markel, of Pedro.

Markel-Inglis joined the United States Army on Aug. 19, 1980.  Her basic training was at Fort McClellan, Alabama, where she received high honor as the Platoon Leader and Sharpshooter Badges for qualify with the M19 and Pistol.

While at the same location, she had AIT (Advanced Individual Training) and received her MOS (Military Occupational Specialists) credential as a Military Police (95B).  After AIT, her first assignment was overseas in Germany, at a Kaserne called Muenster, where she served as a guard with the 6th Military Police Company.

In January 1981, she was one of the Military Police escorts for the 52 American diplomats and citizens who were held hostage in Iran for 444 days, and were flown into Rhein-Main Air Force Base in Germany.

In June 1982, Sally was re-located to Fort Carson, Colorado, where she ETS (Expiration-Term of Service) in August 1983 and moved to St Petersburg, Florida, where she was assigned to the U.S. Army Reserve — 320th Military Police Company, where she served until 1992.

While she was unable to attend this year, she was represented in the parade by her sister, Laura Brown, of Ironton.

“I loved my time in the service, my parents and sibling gave me the backbone that I need to get through the times alone,” she said.

Thursday DD Board Meeting Lawrence County Developmental Disabilities will have a special board meeting at 6:30 p.m. Go to www.lawrencedd.org... read more