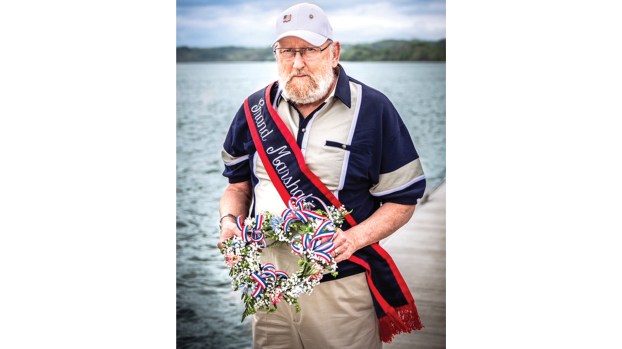 James A. Rowe has been involved with the Ironton-Lawrence County Memorial Day Parade every year for the past 29 years.

He was this year’s grand marshal for the event, leading the scaled-down procession, and he was in charge of the amateur radio operators working the parade.

“I’ve always done it to honor the veterans,” Rowe said of his three decades with the parade. “I have a brother and seven brothers-in-law who served.”

Born in Ironton, he’s lived in the city his entire life, attended its schools and graduated from Ironton High in 1963. He worked at CSX until he retired in 2009.

“I look forward to it each year,” he says of the parade, then adds that he is also glad when it ends, knowing that it has been accomplished without any issues.

Rowe and his wife, Faye, have been married for 56 years and he is the father of Michelle. He is a grandfather of two and great-grandfather of four.

“It is truly an honor to be a part of this year’s parade and I hope to be able to keep being a part of it for many years to come,” Rowe said, looking forward to marking 30 years with the event in 2021.

2020 is second parade during a pandemic: Memorial Day came months before 1918 flu

This year, organizers of the Ironton-Lawrence County Memorial Day Parade faced a unique challenge in holding the event and maintaining... read more