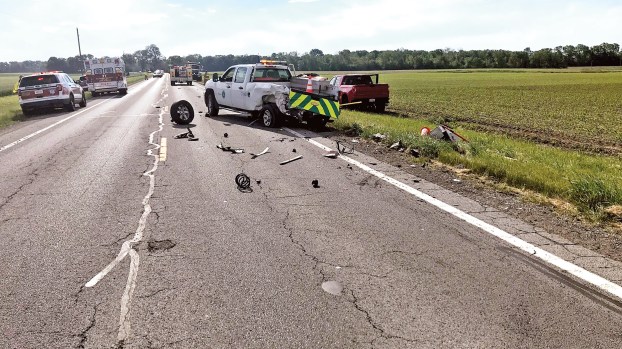 ODOT asks people to be aware in work areas

COLUMBUS — In the span of eight days, motorists have struck five Ohio Department of Transportation crews working on the road with two ODOT workers being injured.

“As more and more Ohioans get back on the road, it’s important that they remember to move over and slow down for our men and women working hard on the road,” said ODOT director Jack Marchbanks. “These people have families they want to safely get home to when their vital work is done.”

The first of the recent crashes occurred on May 27 when a semi truck slammed into the back of an ODOT truck hauling an arrow board as part of a rolling work zone on U.S. 30 in Crawford County. An ODOT employee in the truck was flown to a Columbus hospital for treatment.

On Monday, an ODOT employee was struck by a motorist as he was outside of his truck closing a ramp. He was taken to the hospital with an injury to his arm.

Just before 1 a.m. Wednesday, an ODOT crew working along I-490 in Cleveland was hit by a vehicle. A few hours later, an ODOT pickup truck on U.S. 224 in Putnam County was struck as the employee was out placing signs for a work zone. No one was injured in either crash.

The latest incident occurred Thursday morning when a semi clipped the front bumper of an ODOT dump truck on I-77 in Cleveland. The crew was working to open a ramp after an overnight closure. There were no injuries.

“These crashes are 100 percent preventable. Our workers and their vehicles are highly visible when they’re on the road,” added Marchbanks.

So far this year, 16 ODOT crews have been struck while working to make our roads safer.

Ohio’s Move Over law was enacted in 1999. It was expanded in December 2013 to apply to every stationary vehicle with flashing lights, including road construction, maintenance and utility crews.

HAVERHILL –– ALTIVIA Petrochemicals, LLC, a chemical manufacturer of phenol and acetone, continues to invest in upgrades of their Haverhill... read more