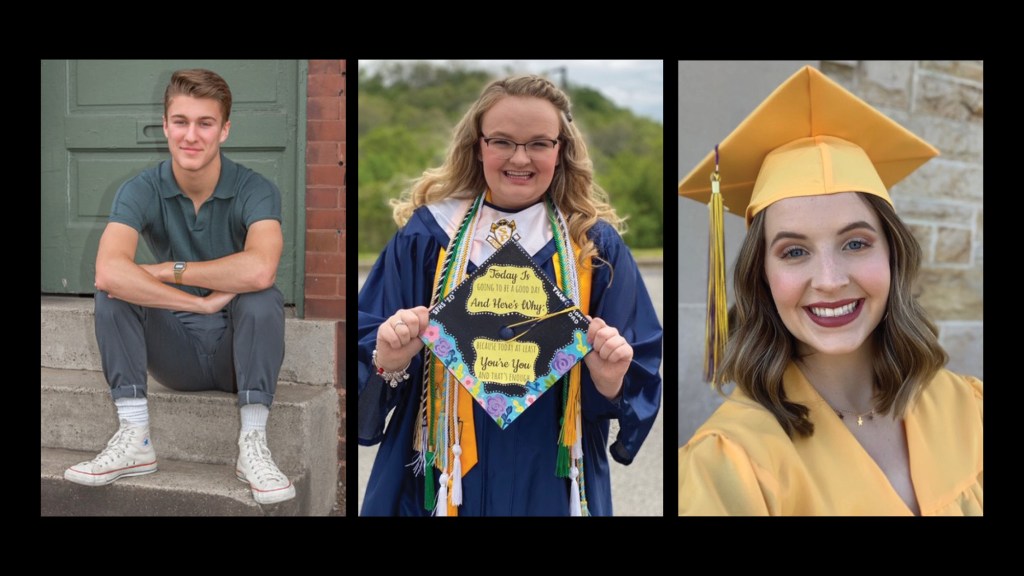 From left, Elijah Baker, Hailey Browning and Faith Mahlmeister have been awarded scholarship money from the Lawrence County Chamber of Commerce. (Submitted photos)

There were 41 students who applied for the scholarships. To pick the final three recipients, the students were judged of their cumulative high school grade point average and had to have a minimum of 3.5, and were awarded points in four categories including honors, award and scholastic achievement, community involvement, work or internship experience and extracurricular activities.

The students also had to submit an essay titled “Future Community Impact,” which had to be typed and be between 400-600 words long.

To ensure there is no favoritism, no names were attached to any of the applications read by the selection committee.

The selection committee was made up of the Chamber Education Committee, which is composed of five executive board members, the chamber president and the chamber director.