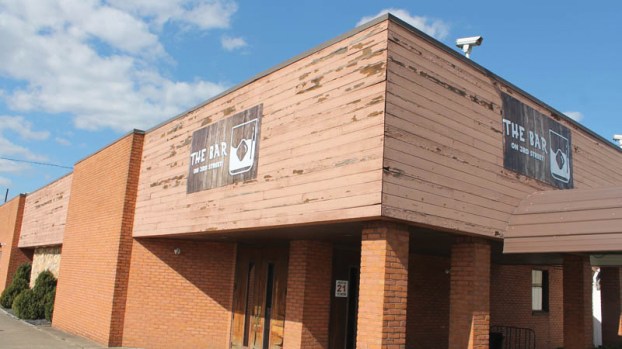 The man accused of shooting four people outside an Ironton bar on June 6 is still being held in the Lawrence County Jail.

Tayvon M. Gaulds, 26, of Huntington, West Virginia, was arrested and charged with three counts of felonious assault, and tampering with evidence, with further charges pending, following a shooting in the early hours of June 6 at The Bar on Third.

Gaulds had a hearing on June 11 in the Ironton Municipal Court. He pleaded not guilty to the charges and his bond was set at $25,000, cash or surety.

“That’s not particularly high for someone who is accused of shooting four people and is from out of state,” said Lawrence County Prosecutor Brigham Anderson.

He said the case was bound over to the Lawrence County Grand Jury after Judge Kevin Waldo found there to be enough probable evidence. The grand jury doesn’t meet again until July 20.

Roger Smith has been retained as Gaulds’ attorney in the case.

The shooting occurred around 1 a.m. in the parking lot of The Bar on Third, located at 1305 S. 3rd St, in Ironton.

There was some initial confusion as to the name of the shooter, since Gaulds first gave his brother’s name to the Ironton Police Department. Gaulds’ brother has not been arrested or charged in this case.

Gaulds has an active warrant from the U.S. Marshall’s Office and could face additional charges from the grand jury.

Gaulds has been arrested before.

In 2014, he was fleeing from the Huntington Police Department when his car hit the Glorious Church of God in Christ on 10th Street. He was charged with fleeing from police and DUI first offense.

The investigation is ongoing and anyone with evidence is asked to call the Ironton Police Department at 740-532-5606.