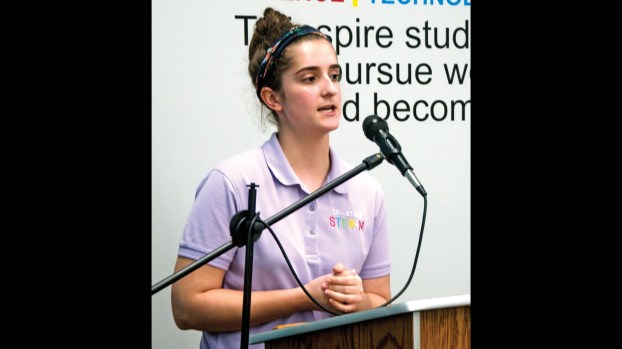 Four Ohio students, including one from Lawrence County, are taking part in The National Youth Science Camp, a free, four-week residential program for young scientists after they graduate high school.

Students from around the country are challenged academically in lectures and hands-on studies and have voluntary opportunities to participate in an outdoor adventure program, gain a new and deep appreciation for the great outdoors and establish friendships that last a lifetime.

Attending from Lawrence County is Bella Schraeder, a graduate of the Tri-State STEM+M Early College High School in South Point. She will be attending Marshall University with the Yeager Scholarship to pursue biomedical engineering. The program is a full-ride opportunity that includes a trip to study at Oxford, study abroad and more.

At the STEM+M school, she was involved in student government, yearbook and the founding of the Quiz Bowl team, was the project manager for the virtual reality club, took part in choir and served as both an actor and director in theater.

She was named a National Merit finalist, a National Hispanic Scholar, a Gates Scholarship semifinalist, was inducted into the National Honors Society, won the Tri-State Dare to Dream competition and won the People’s Choice Award at the WV Makes Fest two years in a row.

Also attending from Ohio are Akhila Boda, of Lewis Center, a graduate of Metro Early College High School in Columbus, who will pursue Biomedical Science on a Pre-Med track at The Ohio State University; Himani Akula, of Dublin, who plans on attending the seven-year BS/MD program with SUNY University at Albany and Upstate Medical University; and Stephanie Yen, of Beachwood, a graduate of Beachwood High School who will attend Princeton University with an intended major of computer science or electrical engineering.

Controlling mosquitoes: $24,550 will go to killing the bugs to prevent viruses

The Lawrence County Health Department is one of 45 health departments in Ohio to get funding from the Ohio EPA... read more