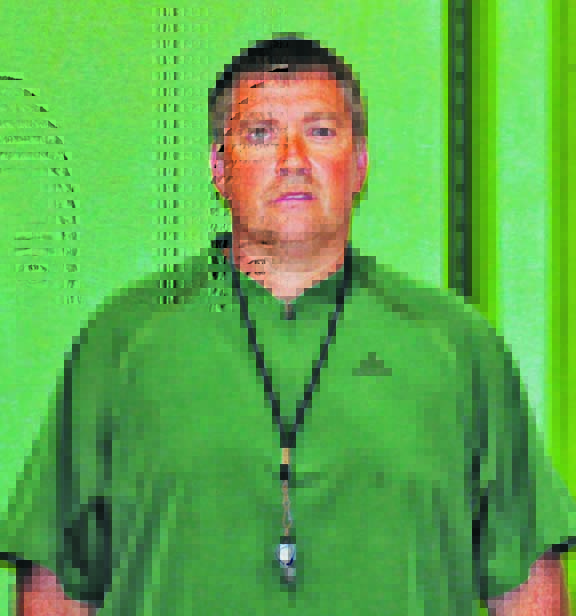 It’s out of the shadows and into the spotlight.
After spending 25 years as an assistant, coaching AAU teams and running the Tri-State Basketball Academy, Scott Blankenship is stepping up another notch.
Blankenship was hired as the new Green Bobcats boys’ basketball coach replacing Dirk Hollar who resigned after six seasons.
“I think I’ve earned my dues. It’s time to join the big boys and see what I can do,” said Blankenship.
“I coached the senior group in youth leagues. It’s not like I’m going into the place blindfolded. They know what I expect and they know they have to be in good shape.”
Blankenship is a 1991 graduate of Rock Hill High School and took his first assistant’s job in 1995 as Green’s junior high school under varsity coach Kevin Lewis.
During the past 25 seasons, Blankenship has also been Green’s junior varsity coach and was the jayvee coach under Dave Hopper. He also was an assistant coach at Ironton.
For the past 10 seasons, Blankenship has been coaching AAU teams and operating his basketball academy.
“I had some really good groups at Ironton (AAU). Last year, we beat Wheelersburg three times but lost in the state finals. It’s hard to beat a team four times,” said Blankenship.
Blankenship is on his fourth stint at Green where he also coached golf. His daughter attends Green schools and his nephew Levi Sampson plays for the Bobcats.
“There are some talented younger players. They are kids who you can put on the court at any time. They have some promise and they’re getting new schools. I’m excited and nervous at the same time,” said Blankenship.
“We want to get back to the winning ways here. The tradition here has been strong in the past when I was here and we want to get that back,” said Blankenship.
“Our goals and expectations should be on winning the (Southern Ohio Conference) on a regular basis. “

Pac-12 opts for only conference games

The Associated Press The Pac-12 has become the second major conference to shift to a conference-only fall schedule amid growing... read more