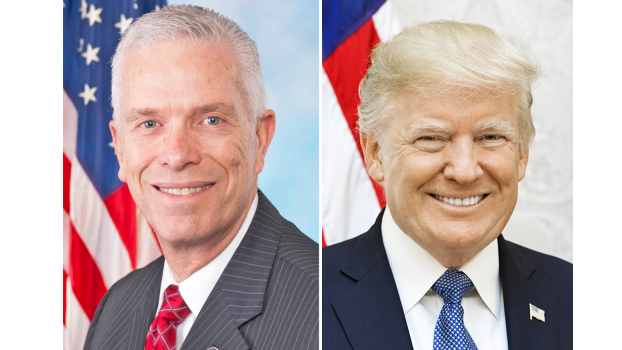 WASHINGTON, D.C. — When President Donald Trump accepts the Republican Party’s nomination for a second term on Thursday, the region’s congressman will be there.

Both the Democratic and Republican parties staged virtual convention these past two weeks, after plans for traditional, in-person conventions were called off due to the COVID-19 pandemic..

Biden delivered his acceptance speech at the Chase Center in Wilmington, Delaware.

Both parties had to seek out locations for the nontraditional approach to conventions this year and Trump’s audience will be a smaller, more select crowd than typical conventions, due the pandemic.

Trump had narrowed the choice of site for his speech to the White House or Gettysburg battlefield in Pennsylvania before making his decision.

Other speakers for the Republican convention this week include Vice President Mike Pence, first lady Melania Trump, Trump’s sons Eric and Donald Jr., U.S. Sen. Tim Scott, R-South Carolina, and Kentucky Attorney General Daniel Cameron. Many of these speakers have opted for a virtual, prerecorded speech, as many of the speakers at last week’s Democratic convention did.

Johnson had originally planned on being in Lawrence County for an event on Thursday, but had to reschedule after receiving an invitation from the president.

Trump’s speech is set for primetime on Thursday

— For Johnson’s reaction to Trump’s speech, see this weekend’s edition of The Tribune.

Ohio has election safeguards in place for mail-in votes