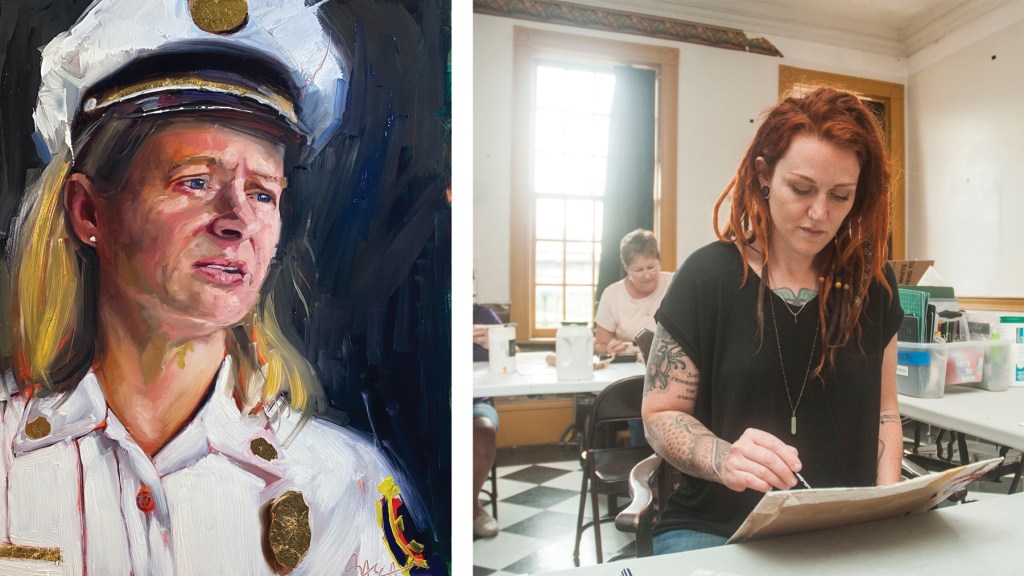 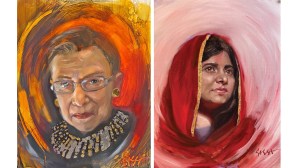 BARBOURSVILLE, W.Va. — Sassa Wilkes a Barboursville artist, had been planning a creative challenge for the reminder of the year when she heard the news that U.S. Supreme Court Justice Ruth Bader Ginsburg had died at the age of 87.

Wilkes, who owns and teaches classes at the Make: Art Studio, said, the next day, while watching coverage of Ginsburg’s life she was inspired to paint the justice, who she saw as an inspiration.

“I wanted to honor her,” she said.

And it was from there that she got the idea for her 100-day challenge, to do a series she calls “100 Days, 100 Badass Women,” in which she would create a work of art celebrating figures who have motivated and influenced her.

“I painted her,” she said of Ginsburg,. “and that solidified it.”

Three in the series have ties to the region.

NASA mathematician Katherine Johnson was a West Virginian, while labor organizer Mother Jones was once labeled “the most dangerous woman in America” by authorities for her work in organizing striking miners in the state.

Even more local, is Jan Rader, the Huntington fire chief and Ironton High School graduate, who has made national headlines for her work in tackling the area’s opioid crisis.
Wilkes said Rader is the type of person who would have been in the series regardless of her local residence.

“She belongs in there, because of her,” she said. “She is important to me.”

She said, as the series has progressed, she has had subjects recommended to her and she has discovered some through research, hoping to bring attention to lesser-known names as well.

As she paints each subject, she watches videos on their lives, learning more about their accomplishments. 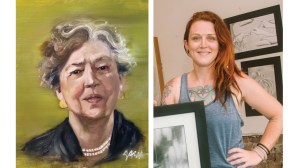 When she finishes a piece, she has been posting a photo of the paintings, along with a quote from the subject on her Facebook page. Her latest piece, posted on Monday night, is of singer and civil rights activist Nina Simone.

Wilkes said the works each take approximately a day to create and are done in oils on panels, with the exception of the Mother Jones portrait, which is on canvas.

A lifetime resident of Cabell County, Wilkes is a graduate of Cabell Midland High School and has a Master’s Degree from Marshall University and has taught at both schools.

She started her studio initially as a nonprofit and started an art walk in Barboursville. She has used her business to host a number of events, such as poetry readings and recently built a puppet stage in the space. She said events have been curtailed by the COVID-19 pandemic, but she hopes to resume when it is over.

Also in the future, she said she plans to have a show of the 100 Women series once it is complete. She said she hopes to display them in a nontraditional space, rather than a gallery setting, to bring them to a larger audience.

“I didn’t plan any of this out when I started, but I definitely want to have a show,” she said.

Make: Art Studio is located at 604 1/2 Central Ave. in Barboursville. To view the “100 Days, 100 Badass Women” series as it progresses, visit www.iamsassa.com or go to her page on Facebook at https://www.facebook.com/sassaartist.