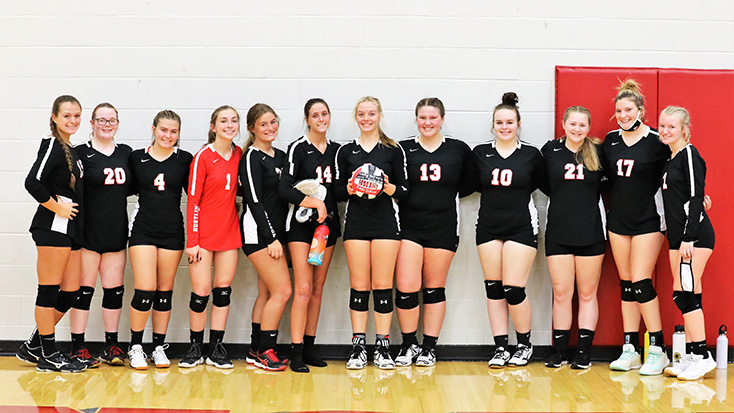 McDERMOTT — It was not only the end of a good season for the Coal Grove Lady Hornets, it was also the end of a great career for senior Addi Dillow.
The Lady Hornets fell in straight sets to the Northwest Lady Mohawks in the Division 3 sectional finals on Saturday, 11-25, 11-25 and 21-25.
Dillow had six kills and five points as she ended her four-year career with 1,010 kills.
“We may have finished the season with a loss but Addi Dillow came away with a great accomplishment,” said Lady Hornets’ coach Tricia Damron.
“She hit her 1,000th kill against Crooksville the last game. Addi has been a four-year starter for this team and her skills will be greatly missed next season.”
Kaleigh Murphy had 11 points and eight digs while Jaidyn Griffith added six points for the Lady Hornets.