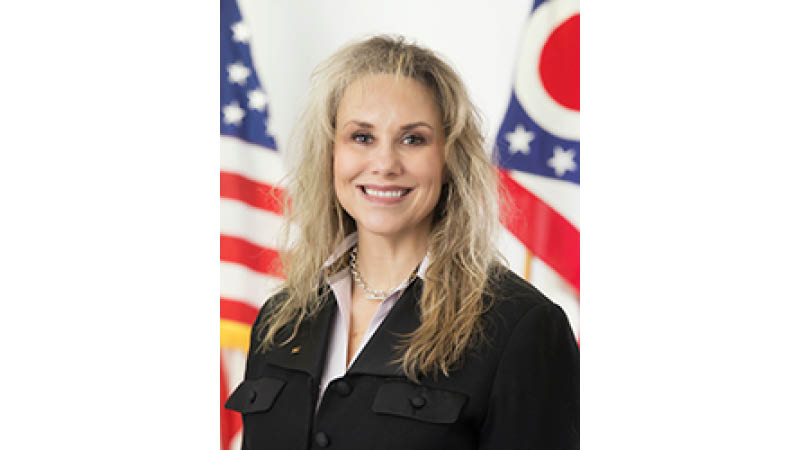 COLUMBUS (AP) — Ohio Gov. Mike DeWine on Thursday appointed a new Health Department director and brought on a chief medical officer for the agency as the coronavirus raged in the state, hitting a number of ominous milestones.

DeWine also said without providing details that he planned to announce additional measures to slow the spread of the virus. Ohio already has a statewide mask order, a limit— with exceptions — on gatherings over 10 people, and a ban on alcohol sales in bars and restaurants after 10 p.m.

“We’re going to do what we can do wherever we can make an impact,” he said, calling the spread of the virus the number one threat to lives and to the economy.

Most of the spread, DeWine added, is coming not from children attending school or from businesses — where mask wearing is customary — but from unauthorized mass gatherings and parties.

Stephanie McCloud, currently the administrator of Ohio’s health insurance fund for injured workers, will become the new health director, DeWine said. She replaces Dr. Amy Acton, who led the agency’s initial response to the pandemic but then abruptly stepped down in June amidst a torrent of conservative criticism.

DeWine said he’s certain McCloud will also face criticism but said he’s confident in her ability to withstand it and do her job. He also announced the appointment of Dr. Bruce Vanderhoff, a top executive at the OhioHealth hospital system, as the Ohio Health Department’s chief medical officer.

He said both officials will have his ear, but suggested McCloud, who is not a doctor, will work on more administrative matters such as creating systems for the distribution of a vaccine and overseeing personnel.

The announcements came minutes after DeWine rattled off a litany of dire statistics about the spread of the coronavirus in Ohio. Every county in the state is now a high-incident location for the spread, he said. COVID-19 hospitalizations, at 2,075, hit a record Thursday and are up 55% from two weeks ago. The 541 patients in intensive care units is also a record.

Ohio also saw another huge increase — and a record — in its one-day reporting of confirmed and probable cases at 4,961. Over the past two weeks, the rolling average number of daily new cases has increased by 1,503, an increase of 73%, according to The Associated Press’ COVID Tracking Project.

Ohioans must refocus their efforts to slow the spread with the election past, DeWine said.

For the week ending Oct. 31, Ohioans filed 21,263 initial jobless claims, a 21% increase over the previous week, according to the Ohio Department of Job and Family Services.

The state has distributed more than $7.1 billion in payments to more than 833,000 Ohioans during the pandemic. In recent days, Ohio has begun the process of distributing an additional $420 million in federal pandemic aid dollars to small businesses, struggling renters, bars and restaurants, arts groups and more.

In addition, the state insurance fund for injured workers on Monday approved a record $5 billion in repayments to employers to help ease the economic burden posed by the coronavirus.