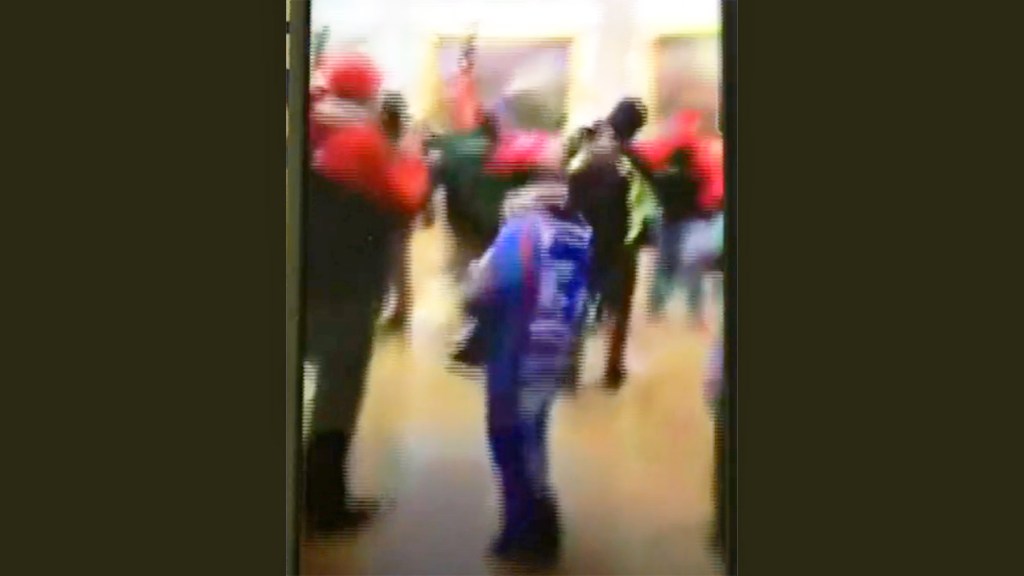 A West Virginia lawmaker took video of himself and other supporters of President Donald Trump rushing into the U.S. Capitol after they breached the security perimeter.

In the video by Republican Del. Derrick Evans, who represents Wayne County, later deleted from his social media page, he is shown wearing a helmet and clamoring at the door to breach the building in Washington, D.C., on Wednesday.

“We’re in! Keep it moving, baby!” he said in a packed doorway amid Trump followers holding flags and complaining of being pepper sprayed. Once inside, Evans could be seen on video milling around the Capitol Rotunda, where historical paintings depict the republic’s founding, and yelled, “No vandalizing!”

State House of Delegates Speaker Roger Hanshaw said Evans will need to “answer to his constituents and colleagues regarding his involvement in what has occurred today.”

He said he has not spoken to Evans yet about his involvement.

The delegate from Wayne County said in a statement later on Facebook that he was heading back to West Virginia and “was simply there as an independent member of the media to film history.”