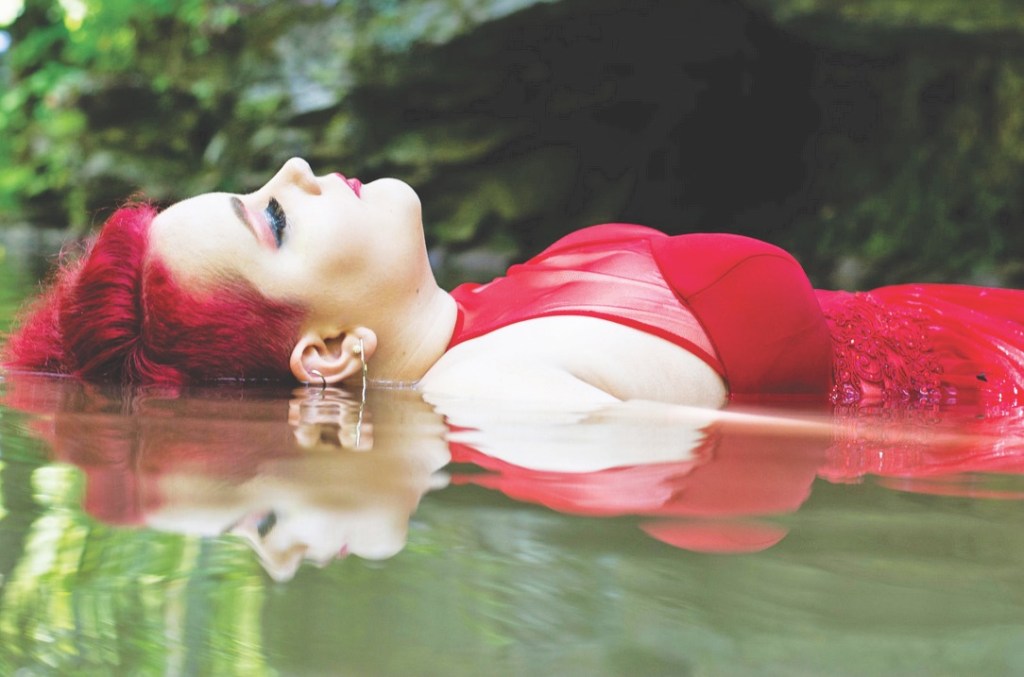 An Ironton resident and former Ohio University Southern photography instructor has a virtual display of his works online through OUS.

Bill Tussey used his photography and the waterways of Appalachia to explore the theme of the death of Ophelia, a young noblewoman who was in love with Prince Hamlet in William Shakespeare’s play “Hamlet.” She drowned in a brook after climbing a willow tree and that scene has inspired artists for generations.

Tussey, who is a security guard at the Huntington Museum of Art, taught photography as a community education class from 2014-2017 at OUS, as well as being a student ambassador.

He chose the theme of Ophelia for his latest work because of the 1851 painting of Ophelia by Sir John Everett Millais.

“Millais’ painting of Ophelia is absolutely iconic,” Tussey said. “Any time you mention the name Ophelia, that is the first image that comes to people’s mind.”

He was working on a larger body of work that involved creeks and a friend noticed that his images harkened to Ophelia.

He realized it was true and decided to be more intentional in his picture set.

“These came out of that larger body of work,” Tussey said. “And when I looked at some of the other works that the character of Ophelia had inspired, some were very literal, some were less. I made my work an homage to Millais’s painting.”

Tussey got his start as photographer because of a broken promise.

It was 2009 and his daughter was doing theater work. One of the parents told everyone not to worry about taking photos because they were going to and then they would give everyone a copy of the pictures on a CD.

“I said great. Well, that didn’t happen,” Tussey explained. “So, I went and got a camera and said I would do it myself. And it just grew and evolved from there.”

He decided that if he was going to take photographs, he wanted to get better.

So he used his daughter for a model and then added her friends to their efforts.

“Along the way, I got better and I found there was a marked difference in what I shoot theatrically and artistically,” Tussey said. “With the theatrical stuff, I am just documenting what is happening and trying to capture the moments on stage. The art is really more about setting a tone and my hope is to provoke a reaction. I want them to think about what they are seeing, I don’t want them to just walk by photo and say ‘Oh, that’s nice.’ I want them to have to stop and say ‘What is he doing here?’”

Tussey’s work has been shown locally at the artist’s corner at the Highlands Museum and Discovery Center, virtually at the Grayson Gallery and the Tri-State Artists Association.

He also had his works shown nationally places like Indiana University and the Black Box Gallery in Portland, Oregon.