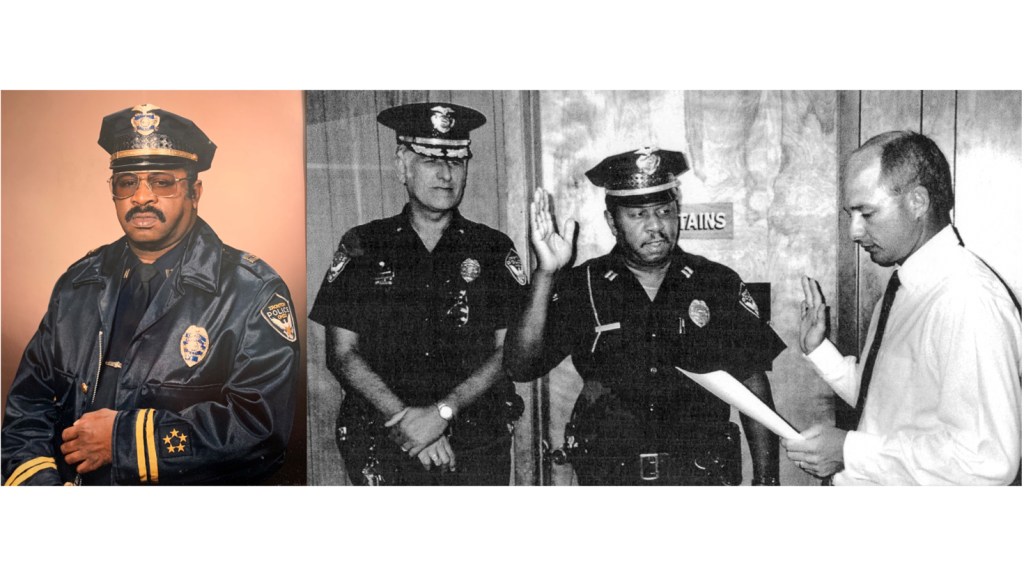 He is a graduate from Ironton High School and a United States Army veteran. Moreover, he is a family man with three daughters, Andrea Preston, of Ironton, Jewel Crosby and Jessica Stringer, of Cincinnati; a grandson, James Stringer; two granddaughters, Tiffany Preston and Grace Stringer, and one great-granddaughter, Ayanni Estes.

After serving as a medic in the Army, Preston got a job at Semet Solvay, in Ashland, Kentucky. A few years later, he became employed at Armco, which later became AK Steel.

Working at the steel mill brought inconsistency in the way of continuous layoffs, which made it difficult to provide for his family.

In an effort to seek more consistent employment, he decided to apply for a position as a police officer that was being advertised. He was not sure if he would get the position because he saw the lady write “colored” on his application.

He believed that city council thought that the NAACP had sent him to integrate the department, since there hadn’t been a Black officer in over 25 years.

After receiving the highest score on the civil service test, on Oct. 17, 1968, James Eugene Preston became the fourth Black police officer with the Ironton Police Department.

He incurred several racial incidents and challenges during his career. There was a memorable moment during his one-year probationary period when he went to his locker and someone had put poop all over his combination lock.

The other officers where peeping around the corner to see what he was going to do. Another incident was a drawing of a Black man hanging by his neck with the caption “you’re next, n*****” placed on his locker. Also, for several years, he was not allowed to join the Fraternal Order of Police Lodge.

Preston had planned to take the sergeant’s test after his one-year probationary period was over. However, before he got his year in to be eligible to take the sergeant’s test, council changed the rules that you had to be there three years. Once again, when he was approaching his third-year, council changed the rules to five years of service. When he finally got to take the test, he was initially told that he got the highest score and, shortly after a meeting behind closed doors, of which he was not included, he was then told that he got a question wrong and came in second place.

He asked to see his paper and they refused to show it to him. Finally, in September 1983, officer Preston became the first black sergeant of the Ironton Police Department. Preston’s aspirations did not stop there. On July 25, 1991, he was sworn in as Capt. James Preston. He was the first black to achieve captain and currently is the only Black to hold the rank of captain.

Due to health complications from diabetes, Capt. Preston retired June 1995, after serving 26 years and eight months on the Ironton Police Department. He still resides in Ironton. Capt. Preston said that through all of his working career, he kept in mind four principles that his parents (Geneada and Andrew Johnson) taught him and his siblings.

• Always keep your faith in God
• Always have respect for people
• Always treat people the way you want to be treated
• Never give up and never give in.”