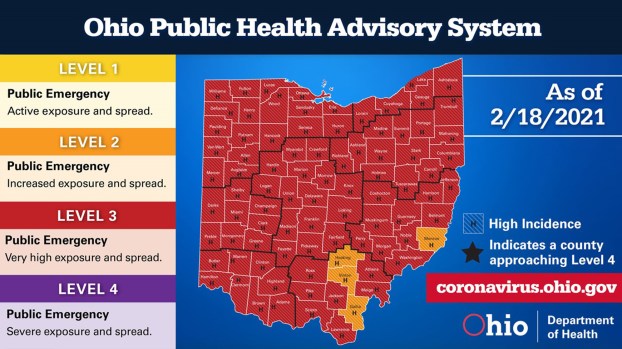 COLUMBUS — The state’s COVID-19 alert map saw no change for the third consecutive week in its latest update on Thursday, with 84 of Ohio’s 88 counties listed at Red Level Three.

Hamilton County is the sole listing at Purple Level Four, the most severe designation on the four-tier system.

Locally, Lawrence, Jackson and Scioto Counties are listed at Red Level Three, while Gallia County is one of four counties still at Orange Level Two.

Lawrence County has had two stints at the Level Three designation. The current and longest listing at that level began on Oct. 8, with no change for 19 weeks.

An apartment on the 1100 block of Third Street in Ironton caught on fire on Tuesday night. According to Ironton... read more