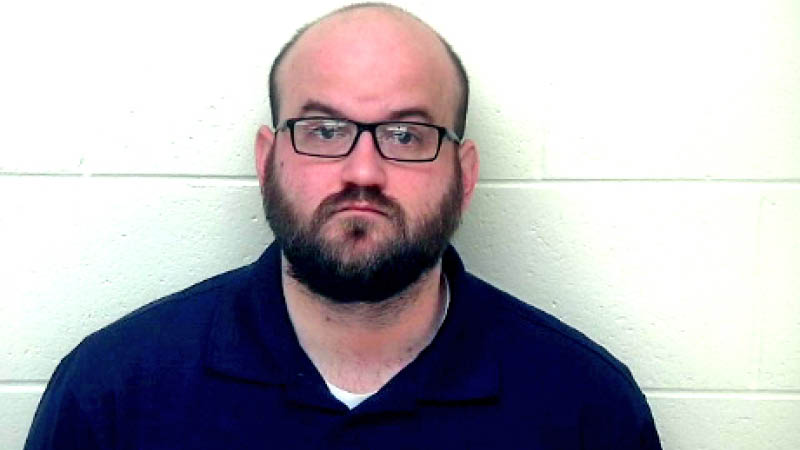 A Wheelersburg man was arrested on felony charges on Wednesday by detectives from the Scioto County Sheriff’s Office and New Albany Police Department after he was tracked down for sending naked pictures of himself and sex videos via the KIK app to a juvenile in New York.

Scioto County Sheriff David Thoroughman stated that his office was contacted by the New Albany Ohio Police Department about an adult male, living in Wheelersburg, that had been online talking to a juvenile.

Thoroughman said that one of his detectives, Sgt. Jodi Conkel, worked jointly with the New Albany Police Department detectives. The investigation revealed the suspect was using the KIK App to send sexual messages, including naked photos of himself and videos showing sexual acts.

The suspect attempted to get the juvenile to meet with him for the purpose of having sex.

As a result of this ongoing investigation detectives were able to trace the KIK App and IP address to identify the suspect.

Detectives from the New Albany Police Department and Scioto County Sheriff’s Office were able to detain the suspect in Portsmouth without incident.

Detectives recovered a computer from his home and a cell phone that he had on his person. Those items will be sent to the Ohio BCI cyber-crime lab for testing.

Wurts is currently being held in the Scioto County Jail on a $ 17,500 bond. Wurts will appear in Portsmouth Municipal Court on Friday.

Thoroughman stated the quick arrest was the result of the New Albany detectives along with Scioto County Sheriff’s Office detectives working jointly.

The sheriff said this is still an ongoing investigation which could result in more charges being presented to the Scioto County Grand Jury on a later date.

Anyone with information about this case is requested contact Conkel at 740-354-7338.