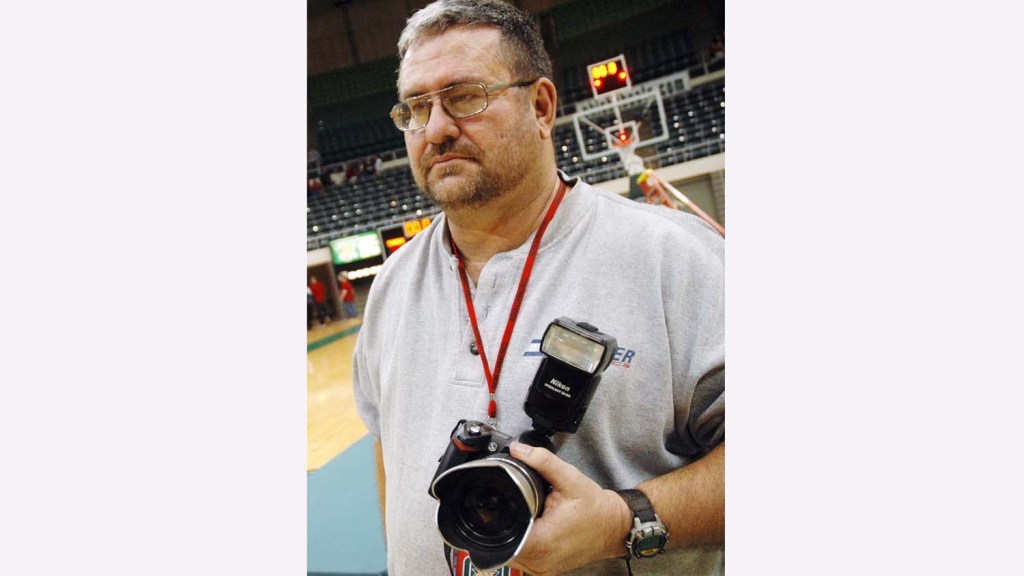 If you played sports in the past four decades, there was a good chance Kent Sanborn took your picture for The Ironton Tribune.

He was there for football, baseball, volleyball, track, softball, cross country and soccer.

He was at football games in the heat of late August and the playoffs in the chill of late fall. He probably spent as much time in the gyms of Lawrence County schools as the most avid of sports fans since he shooting photographs for The Ironton Tribune since 1982 when he was just 23 years old.

He also worked at Hecla Water for decades too, balancing unexpected night work assignments and going to the games.

He was always a presence at other events, taking photographs of the Ironton-Lawrence County Memorial Day Parade and so much more.

If there was a photo to be taken, Kent was there.

When word got out that Kent was sick, he got praise from all corners of the county.

The Lawrence County Commissioners mentioned him in their meeting. The student council from Fairland High School set up a spaghetti dinner fundraiser at all the schools in the county.

But on Thursday, Kent passed away after a sudden illness sent him to the hospital.

One thing that everyone who knew Kent knew was that Kent was a good guy.

He was rarely ever cross and always enjoyed talking whether it was to the kids on the teams or the parents and fans in the stands.

There is no way to sum up what Kent meant to generations of sports teams and fans.

The loss of Kent Sanborn is a blow for everyone in the county but he leaves a vivid legacy in the thousands of moments he captured via his ever-present camera.