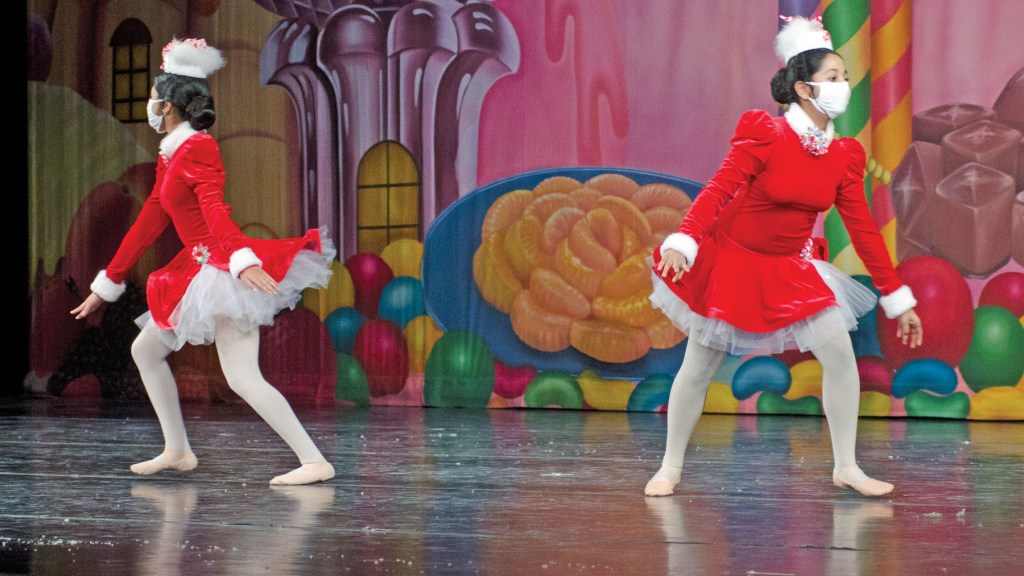 The Ashland Youth Ballet hosted a masked, socially-distanced performance of "The Nutcracker" in December. The theater is hoping for a return to more events in 2021 as the COVID-19 pandemic restrictions ease. (The Ironton Tribune | Heath Harrison)

Paramount hopeful to rebound in 2021 from pandemic closures

ASHLAND, Ky. — When the COVID-19 pandemic began to hit our region a year ago, it meant major changes for crowd events.

From sports and public meetings to fairs and parades to festivals, plans began to be canceled or drastically scaled back.

One institution that was particularly hard hit was the Paramount Arts Center in Ashland.

David Miller, marketing director for the Paramount said the first major impact was when they had to cancel a production of “Mamma Mia” in the first weeks of closures and social distancing.

As the shutdowns extended, the Paramount had to cancel or postpone several events. Miller said that many contracts were signed well in advance and that, for the most part, artists have agreed to return at later dates, while a few have pulled out altogether.

He said the atmosphere in the first weeks was one of fear and confusion.

“We were really waiting to get enough information to figure out how to proceed,” he said.

As the year went on and there were some reopenings, the Paramount adapted to the environment.

One way was by hosting outdoor drive-in concerts in the county, featuring Jamie Johnson and Chase Rice.

Miller said the tailgating-style events were difficult logistically, but they pulled them off.

“And our patrons really liked them,” he said.

The Paramount Players, the theatrical group that works out of the theater, also staged an outdoor production, a show of “Beehive,” which took place in Ashland’s Central Park.

There have been some indoor events, such as the Ashland Youth Ballet’s production of “The Nutcracker,” which took place over several days during the holidays.

These shows were socially-distanced, at limited capacity and required facial coverings for those entering the theater.

Miller describes the situation for indoor shows as “all hands on deck,” and states they have worked with city, county and state health officials to follow health guidelines.

“And there has been no trace of COVID to any of our events,” he said, stating they strictly followed the recommended practices.

However, he said at the end of the year, the theater went dormant and had to downsize staff.

It is in the last week that they have finally been able to announce new shows, which will be at limited capacity, the first of which will be a Gospel concert by the Kingsmen Quartet and others on April 9.

Miller said that this show will be booked with Paul Belcher.

“He’s a promoter we work with a lot and he’s been doing a lot of socially-distanced shows,” he said.

Miller said the Paramount will be making decisions on other shows as the year goes on, whether to host them at limited capacity, postpone them or make other changes.

One thing he said they are hopeful will return are the Summer Arts Camps the theater hosts each year for area youth, offering classes in a variety of fine arts.

These typically take place over three weeks beginning in July, and Miller said he expects the camps will make a return this year, but in a scaled-down form with some restrictions.

“We hope to be announcing something on that soon,” he said of their plans.

Miller said he is confident the situation will improve much as the year progresses, vaccines are distributed, cases drop and restrictions are lifted.

“The numbers look promising,” he said.

He said they have been told things could basically be back to normal for their industry late in the year.

In the meantime, he said live entertainment facilities like the Paramount could get major relief from the Save Our Stage Act, which was passed by Congress.

“It will be grant funding for shuttered venues and theaters like the Paramount,” he said.

But he said the situation is encouraging as the light at the end of the tunnel can be seen.

“We’re definitely at the most hopeful we’ve been since March of last year,” Miller said.