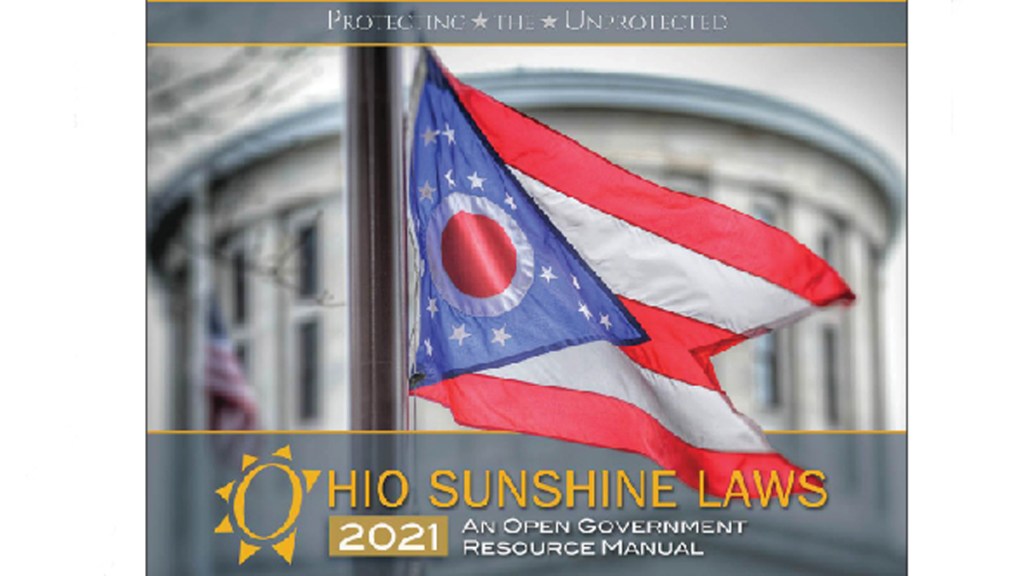 COLUMBUS — Ohio Attorney General Dave Yost has released the 2021 edition of the Sunshine Laws Manual, a one-stop resource for information on the Ohio Public Records and Open Meetings Acts.

The manual, commonly known as the “Yellow Book,” reflects the past year’s law changes and legal decisions affecting Ohio’s open government laws. The attorney general’s Public Records Unit annually updates the manual to help citizens understand their rights and to help public servants understand their obligations under the laws.

“Secrecy in any relationship destroys trust — a friendship, a marriage or a business partnership. Transparency builds trust,” Yost said. “More now than ever, we in government need to build trust with those we serve. It starts with openness in public decision-making and the records that document it.”

In addition to its Yellow Book, the Public Records Unit partners with the Ohio Auditor of State’s Office throughout the year to offer free Sunshine Laws trainings at dozens of locations across the state. Public officials or their designees are required to complete training on Ohio’s Public Records Act at least once per elected term. A full-length version of the training is available online as well.

The unit also created a model public records policy for local governments to use as a guide when creating their own policies. These resources and more are available on the attorney general’s website at www.ohioattorneygeneral.gov/Sunshine.

Sunshine Week is a national initiative promoting government transparency and access to freedom of information resources.

Since 2005, it has been recognized annually during the week, which includes March 16.