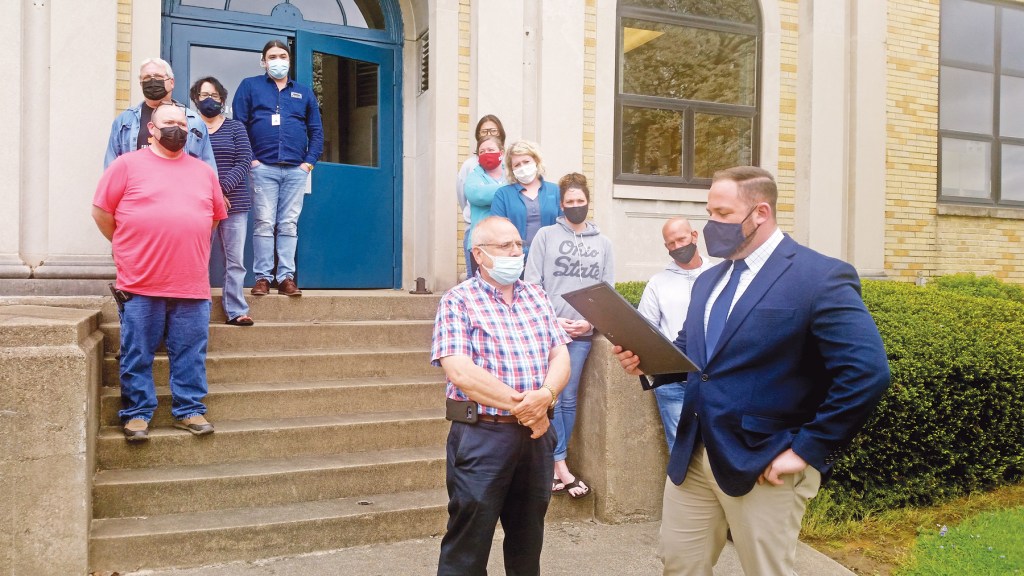 “It’s very important we protect the future of our community, which would be children who are susceptible to abuse,” Cramblit said, adding that any type of abuse is unacceptable, but it is worse for children who don’t always have a voice to speak up or fight for themselves. “I think the work they do here is very important, that we do look out for our children.”

Randy Thompson, who is the supervisor of social services, has been with J&FS for two decades.

He said that the agency is often overwhelmed by the number of cases that come in. On average, they have 600 cases a year while they have eight people in the field, four investigators and four workers.

“We try work with the families to overcome their problems,” he said, adding the goal is to keep the children with their families in a safe environment. There are currently 68 children in foster care. “Too many times, people think we are out here, just trying to get their kids. But the truth of the matter is that there are kids out here being abused and neglected every day. Sometimes, unless you bring attention to it, people don’t even notice what is going on next door.”

Thompson said that many times people aren’t even aware that abuse or neglect is going on until there is a tragedy, and he added that people need to be aware that it can occur anywhere.

“Every day, you should be looking around and take notice of the needs of the family and children around you,” he said. He said they would rather investigate a situation and find that it is okay rather than see a tragedy happen.

“Anyone can call us and it is better to err on the side of caution than to not call,” he said. “When it comes in, we make the decision to investigate or not, based on the information provided to us and criteria from the state. There have been a lot of times, people report things that seem benign to most and we get in there, we find something more serious.”

He said the agency is there to help families overcome their problems.

“Our goal is to keep families together, but sometimes, there is just no way to do that,” Thompson said.

The city joins with the Lawrence County Commissioners who issued a proclamation last week marking April as Child Abuse Awareness and Prevention Month in Lawrence County.

Lawrence County is always looking for foster care parents. If you are interested you can call Children’s Services at 740-532-3324.