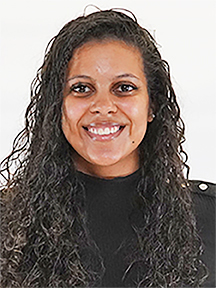 Last year was a banner season for the Wolfpack, as it was ranked seventh nationally in the final USA Today Coaches Poll, the third straight campaign that it has finished in the top 10.
That came on the heels of a 22-3 record, back-to-back ACC titles and its third consecutive NCAA Sweet 16 appearances. The Wolfpack spent every week of the season in the top 10 of the Coaches Poll, which included three-straight weeks at No. 2.
“I am beyond ecstatic to be starting my coaching career back home,” Barrier said. “Coach Kemper has provided me an amazing opportunity and I can’t wait to get to work. I’m looking forward to becoming a part of the Herd family and being the best we can be. Go Herd!”
While with the Dukes, Barrier earned 96 starts in 127 appearances at guard. She totaled 1,216 career points before the conclusion of the 2019-20 campaign, averaging 9.6 points, 3.9 rebounds and 1.9 assists.
The Ironton, Ohio native was also a two-time All-CAA honoree and a member of the league’s all-rookie team during the 2016-17 season.
Barrier was a star at Ironton High School, leaving the program as its all-time leading scorer with 1,712 points. She was voted Southeast Ohio AP Poll District Player of the Year and the 2016 All-Ohio Division III Co-Player of the Year en route to all-state honors as a junior and senior.
“Lexie brings championship experience to our program, both as a player and coach,” said Kemper.
“Her ties to the Tri-State area run deep and will serve her well in recruiting this region. Our fans and players will quickly recognize her enthusiasm for our sport and Marshall. I know she is really excited to get home and get to work for our student-athletes and recruits.”
Barrier earned her undergraduate degree in Sport & Recreation Management from James Madison last May.