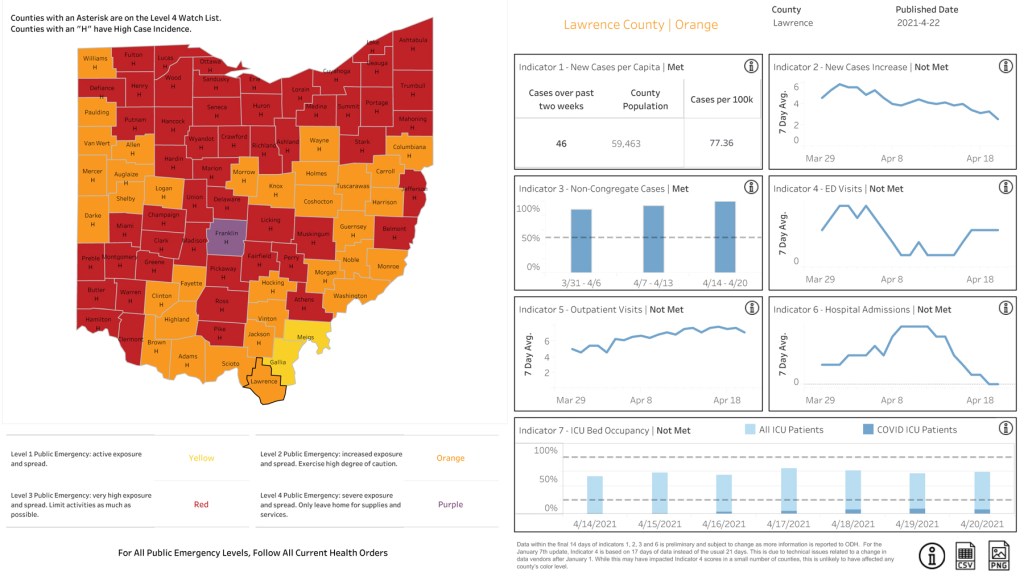 COLUMBUS — The rate of COVID-19 cases in the state appears to be leveling off, Gov. Mike DeWine said on Thursday.

“It’s still a high rate, but it’s certainly not going up and we’re seeing certainly a very significant leveling off,” DeWine said at his news conference.

The governor has said health orders, such as mask mandates would be lifted in the state when the rate falls to 50 cases per 100,000 people.

DeWine said on Wednesday that his office is considering looking into the amending the goal to lift orders and considering alternative metrics.

“We are actually looking at that. We don’t have anything to announce, but we are looking at that,” DeWine said. “We’re looking at any kind of measures that would tell people kind of where we’re going and what we have to achieve.”

In the state’s COVID-19 alert map, Franklin County remained at Purple Level Four for the second week, the most severe designation on the four-tier system.

Locally, Lawrence and neighboring Scioto and Jackson counties were listed at Orange Level Two, while Gallia County moved to Yellow Level One.