GENERATIONS: Feeding those in need 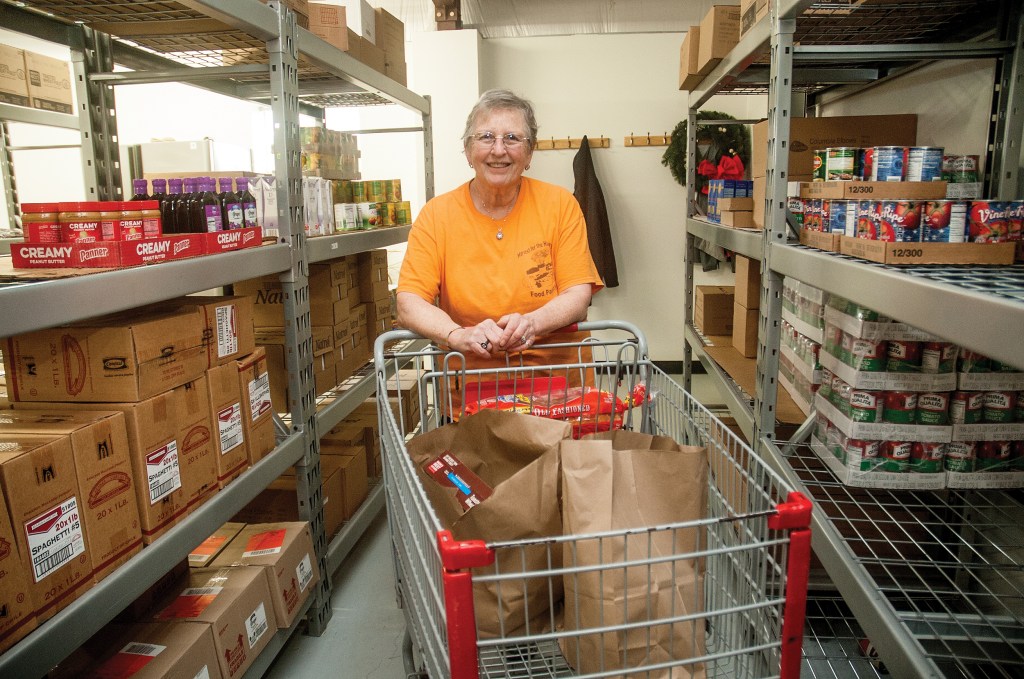 Diane Porter is the director of Harvest for the Hungry food pantry in Ironton (The Ironton Tribune | Jessica St. James) 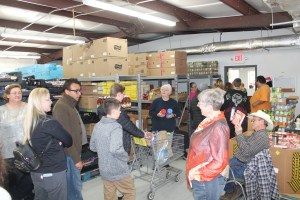 Volunteers load carts with food during the Thanksgiving giveaway for Harvest for the Hungry food pantry in 2019. (The Ironton Tribune | Mark Shaffer)

For the past eight years, Diane Porter has been director of Harvest for the Hungry food pantry in Ironton, helping to provide to those in need.

Porter, a native of the area, said she had trouble finding work upon graduating from Marshall University and left the area. She eventually worked for a high-tech company for 25 years, which took her to Dublin, Ohio, Boston and Seattle.

She said several things led to her returning home.

“I lost my husband and my job in the same year,” she said, adding that she also chose to move back to help her mother, who was recovering from knee surgery.

She said her background in high-tech helped her in her position at Harvest, with things such as logistics and inventory control.

“You never lose the skills you have,” she said. “You find new ways to apply them.”

Harvest for the Hungry was launched in 1992, with its first director being Dave Frasier.

Porter said it began with three couples in the basement of First United Methodist Church.

“It started with bottled and canned goods,” she said. “There was no produce yet.”

Eventually, they moved to the building across the street, at 120 N. Fifth St., which Porter said they purchased last year. They have continuously grown and, in 2019, they distributed more than 140,000 meals to people in Lawrence County.

The food pantry offers monthly giveaways of food and, just prior to Thanksgiving, hosts a larger event in which they give out packages with enough to cook a full Thanksgiving dinner.

Hundreds drove through last year’s event, which saw an increase in demand due to the economic downturn accompanying the COVID-19 pandemic.

When asked about improvements implemented since she has been director, Porter points to the change in the application process.

“We took it from a paper to computer program,” she said.

She said they have also refined the process for distributing food.

She said, for instance, with vegetables, they are broken down into different quantities to give out.

“If a family comes in, you know they get this size,” she said. “It’s more consistent.”

The pantry is funded by donations, for which Porter says there are many generous people and grants.

Recently, they received grants for a walk-in freezer, which became operational this month, and a walk-in cooler.

Porter said they have also taken over the senior commodity program, in which they distribute boxes packed by the U.S. Department of Agriculture, to seniors in the county.

“We get those once a month and they go to people over 60,” she said. “They include canned goods, cereal, cheese — quite an array of food. If a senior gets a box and our monthly, they have a week and a half of food.”

She said the boxes are given out in a drive-though service, as they weigh about 40 pounds.

“We’re hoping to expand to delivery, especially for those who live in high rises,” she said.

Porter said Harvest was recently chosen as Ironton In Bloom’s Business of the Month for their landscaping, which was done by employee Todd Pennington and a group of volunteers.

She said the pantry has one employee, Pennington, and normally has about 10-15 volunteers who work there, but that number has been smaller due to COVID-19.

“But we have been fortunate in that no one working has been ill,” she said.

Outside of the food pantry, Porter has recently undertaken a new, independent venture.

In the near future, it will open as Maker’s Market, a showcase for local artisans.

“We anticipate an area that we are going to partition off and rent to artisans and antique collectors,” she said.

Right now, they are focused on renovating the building and are hosting fundraising events for that effort.

“It’s an old shell of a building and it needs a lot of love and tenderness,” she said.

These events have included yard sales and, earlier this month, an all-day marble competition.

She said she hopes that they will be a good addition to the street.

“There are already two viable businesses there, Cardinal Wishes and Treasures From the Valley,” she said.

Those stores are set to host Spring on Vernon, a vendor festival on May 8, for which Porter said she will be taking part.

She said the mission of the new project is simple.

“We’re just trying to offer people a place to stop in and shop and for people to sell their wares,” she said.