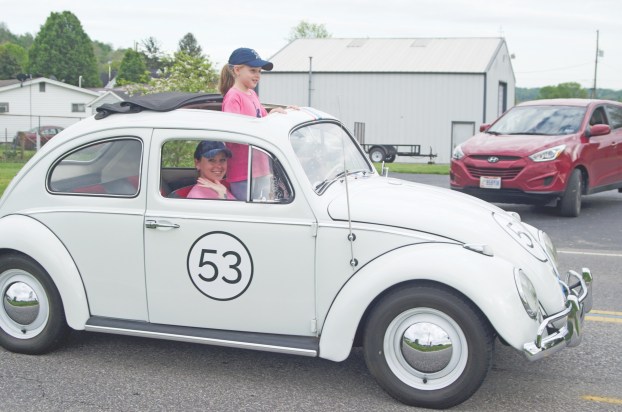 Cars that took part in the down South Point’s Social Distancing Cruise-In in 2020. Today, there will be another cruise at 4 p.m. as part of South Point’s Independence Day celebration. (The Ironton Tribune | Heath Harrison)

SOUTH POINT — Fireworks and a village cruise-in are planned for today to celebrate the Independence Day weekend in South Point.

Mayor Jeff Gaskin said fireworks will take place at 9:50 p.m., to be launched from a barge in the middle of the Ohio River.

The display is a collaboration with the Boyd County Fiscal Court and the city of Catlettsburg, across the river in Kentucky, as well as neighboring Kenova, West Virginia.

“We are the true center of the Tri-State and we are going to be right out there,” Gaskin said.

Earlier in the day, a cruise-in of vehicles is planned, with cars lining up at 4 p.m. and the event expected to start around 5 p.m.

This is the second year for the event, which began in 2020 as a safe, socially-distanced activity during the COVID-19 shutdowns. That event drew 173 vehicles to take part and organizers are hoping to top that figure for 2021.

According to community group People for the Point, the parade route will be from the village park, then Second Street, Ferry Street, County Road 1, North Kenova Road, Solida Road and then back to the park.

A live DJ and inflatables for children are planned.

An Ironton City Councilman was arrested for breaking and entering after being found in his neighbor’s garage on Monday. Chris... read more