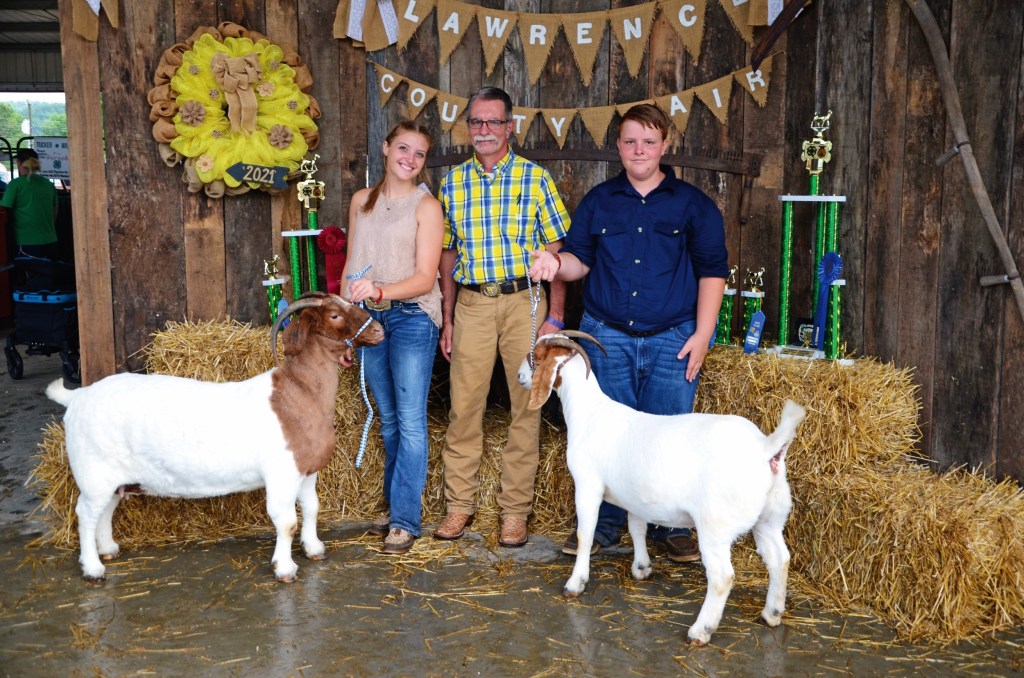 ROME TOWNSHIP — The show must go on.

A loud thunderstorm and heavy downpour outside the main barn did not stop 4-H members from showing their goats on Sunday at the Lawrence County Fair.

“I’ve gotta hand it to you,” judge Jim Wilson, who has raised goats for 30 years and worked shows for 25, said. “You’ve brought me some diverse animals and I love to talk livestock.”

The first competition was the pygmy goat category, and Joey Jackson was named grand champion, while Baylee Saunders was reserve.

In meat production goat, grand champion was Gunnar Daniels, while his sister, Gracie Daniels, was reserve.

“It feels great, after all the hard work,” Gracie said.

The two attend Green schools and are members of Over Yonder 4-H club. They have amassed many trophies at the fair over the years.

Gracie said she has been showing animals at the fair for nine years, while her brother has been doing so for six.

Gunnar said, altogether, the animal projects he won for took about two months.

In the specialty goats category, Willow Maynard, the fair’s queen, was grand champion for her fiber goat.

The show ended with the showmanship competition, based on how the members show and talk about the animals. Wilson described showmanship as “a microcosm of life,” with skills that extend beyond the fair.